One of the most important and perhaps least well known metrics for the U.S. stock market is the growth rate of dividends for the S&P 500. We thought it was long past time to give this particular data series its due by visualizing the year over year growth rate of the S&P 500's trailing year dividends per share for each month of the 21st Century, starting from the beginning of the last year of the 20th Century and continuing through March 2018, with a bonus projection of the currently expected future for S&P 500 dividend growth through March 2019. 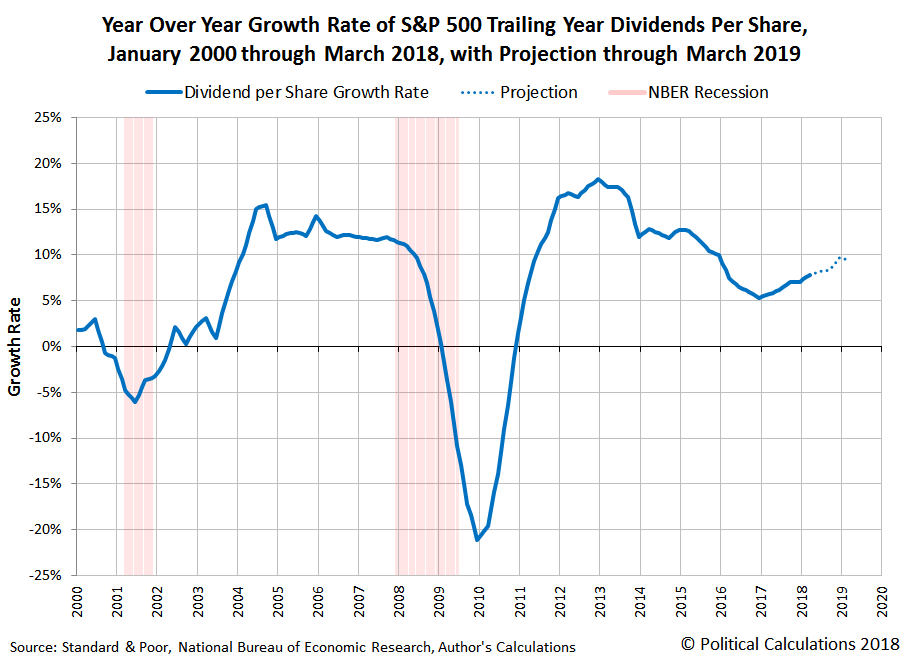 We've also indicated the National Bureau of Economic Research's official periods of recession in the 21st Century (so far!) on the chart.

Update 13 April 2018 But we need to thank Tadas Viskanta for pointing out perhaps the clearest lesson to be learned from the chart: "Recessions are a dividend killer"!