In 2017, the revenue that the city of Philadelphia saw from its controversial soda tax fell far short of city leaders' expectation that it would bring in $92.4 million in its first year. So much so that the city's mayor, Jim Kenney, scaled back his ambitions for how much money the city would collect in the future to match the city's actual soda tax revenue of $78.8 million.

Now in its second year, the city's tax revenues from the Philadelphia Beverage Tax are falling short of those reduced expectations, where the city has just recorded its lowest ever monthly total since the tax went into effect in January 2017. 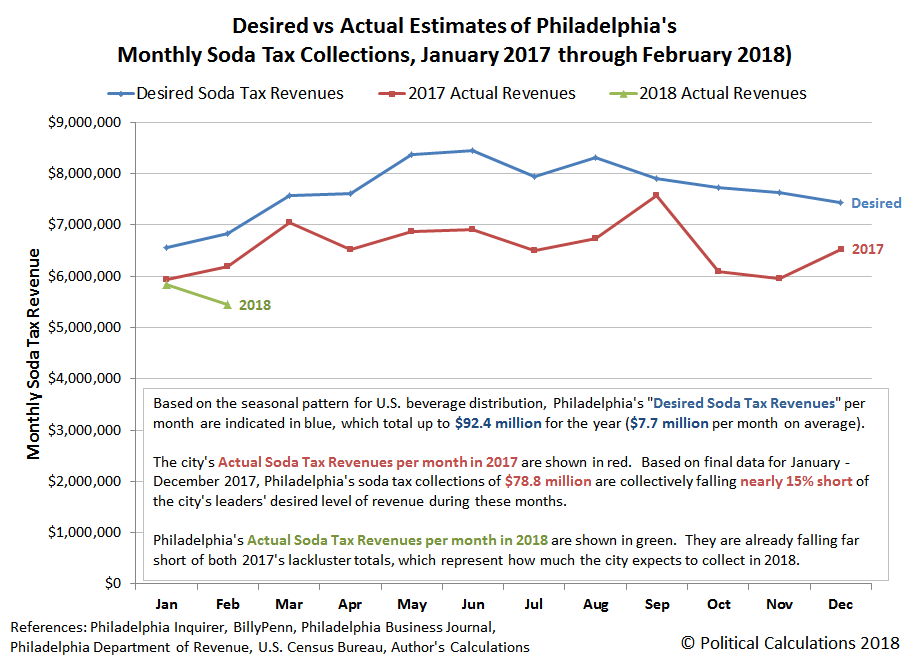 The money from the city's soda tax was intended to fund a universal pre-K school program, community schools, as well as improvements to public parks in the city. However, because the constitutionality of the tax is being challenged in Pennsylvania's state courts, at least $62 million that has been collected from the tax has instead been kept, unspent, in the city's general fund.

Unfortunately, the city now has an additional fiscal management problem, in that millions of dollars in the Philadelphia's general fund may have gone missing from the city's main bank account.

The City of Philadelphia isn’t sure where $33.3 million went from its largest cash account.

While the initial total of unaccounted money was over $33 million, that figure has been reduced to $27 million of tax revenue that has gone missing over the last several weeks. As yet, Philadelphia city officials have no good explanation for where that money has gone.