Political Calculations
Unexpectedly Intriguing!
08 June 2018
Inventions in Everything: Treadmills Inside Your Shoes

We're counting down to the issuance of U.S. Patent Number 10,000,000, which if the U.S. Patent and Trademark Office continues to follow its recent pattern of releasing 6,250 new patents each Tuesday, will most likely take place on 19 June 2018. In the meantime however, we learned of a new patent application that was filed by the Nike Corporation on 3 May 2018, where the famed athletic shoemaker revealed plans to put treadmills inside a sneaker!

Really! We're not making this up! Here are three illustrations from Nike's patent application for its invention of "Footwear with Mechanical Foot-Insertion Assist" (HT: Digital Trends, via Core77). 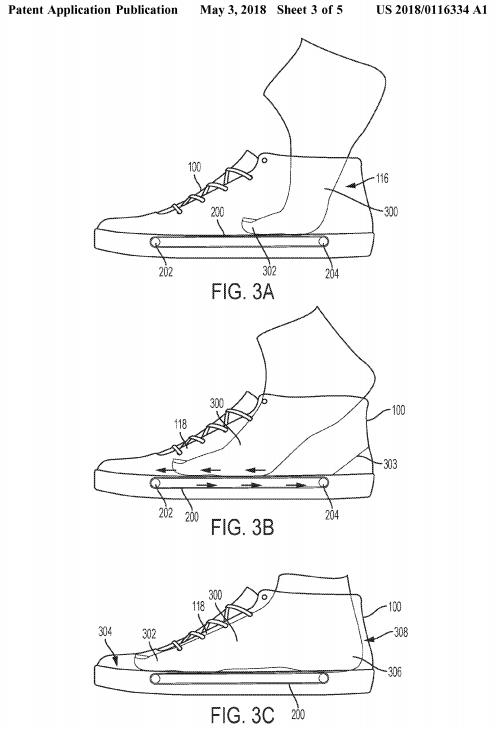 The treadmill inside the running shoe, or as Nike's inventors call it, a "rotatable conveyor element", is intended to facilitate putting the shoe on the foot of the wearer.

It won't be the 10-millionth U.S. Patent, but it's proof that not everything that can be invented has been yet!