The United States and China are the world's two largest trading partners. On 22 March 2018, U.S. President Donald Trump announced that the United States would impose some $60 billion in tariffs on goods imported by the U.S. from China as part of his administration's efforts to renegotiate trade agreements between the two nations. China quickly responded with its own retaliatory tariffs on U.S. goods imported by China from the U.S.

The data just released yestersday by the U.S. Census Bureau then contains the first evidence of how these tariffs are affecting the flow of trade of goods and services between the U.S. and China. Our first chart illustrates the immediate impact as measured by the exchange-rate adjusted year-over-year rate of growth of both nation's exports to each other. 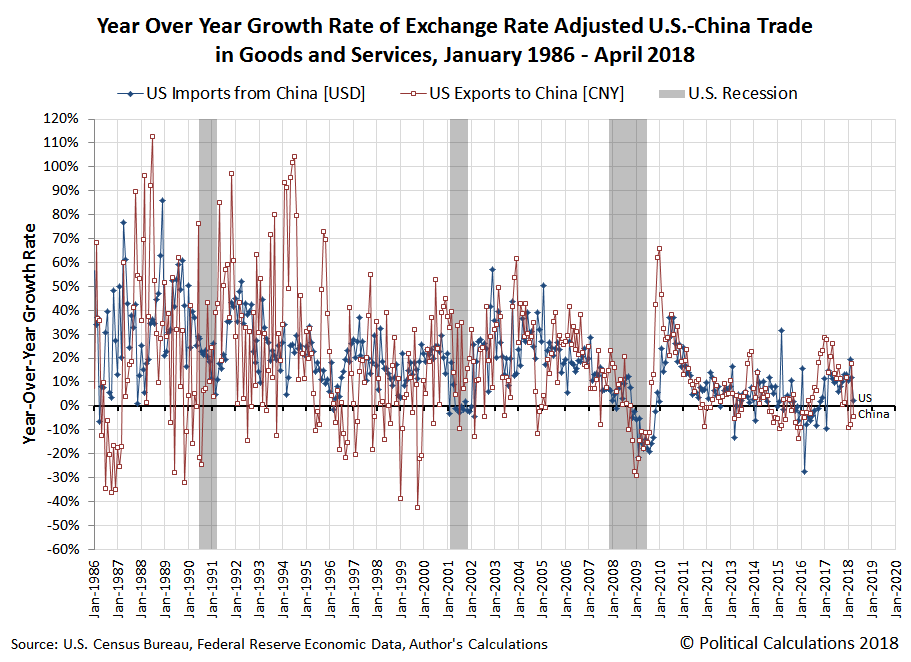 Both nations went from double-digit growth rates in March 2018 to near-zero or negative growth rates in April 2018. The growth rate of the value of U.S. exports to China dropped from 17.9% to -4.6%, while the growth rate of Chinese exports to the U.S. declined from 11.0% to 2.0%. Aside from the short-term impact of the lunar calendar-based timing of China's Spring Festival holiday, which effectively shuts down China's ports for a week in either January or February each year, April 2018 saw perhaps the most significant simultaneous disruption to trade between the two nations that has occurred outside of periods of recession.

That sharp deceleration is also evident in the combined value of goods and services exported between the U.S. and China, where a positive trend for growth has suddenly started to look like the potential beginning of an economic top. Our second chart shows the combined value of that trade in terms of U.S. dollars for each month over the past 10 years, along with its trailing twelve month average. 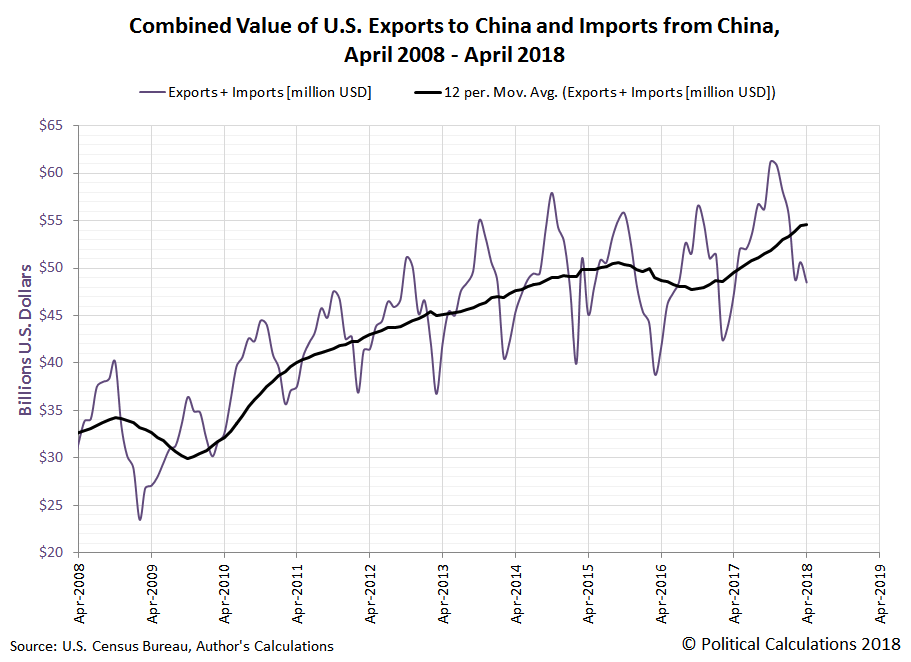 It's too early to call it a top, but since the tariffs have continued through May 2018, next month's data will be a key data point to watch. Especially since China has delayed reporting its own final international trade figures for April 2018.