Roughly every three months, we check in on the overall state of the new home market in the U.S. by estimating its market capitalization, where we take the average prices of new homes sold in the U.S. and multiply it by the number of new homes sold each month, then calculating its twelve month average to minimize the effects of seasonal variation in the monthly data. The following animated chart shows the results of that math, both in nominal terms and adjusted for inflation, for the period from December 1975 through the preliminary data just reported for June 2018. [If you're accessing this article on a site that republishes our RSS news feed, please click through to our site to see the animation.]

In nominal terms, the trailing twelve month average of the market capitalization of the U.S. new home market has been rising since our last report three months ago, but at a decelerating pace, where the preliminary data for June 2018 suggests that the trailing twelve month average of the new home market capitalization has stalled in June 2018, with the months of both May and June 2018 recording a market cap of $20.1 billion in new home sales. This data will be revised several times during the next several months, so that may not the final outcome once all the data is finalized, but it is safe to say that the rate of growth of the new home market in the U.S. has slowed.

Scanning the news, CoreLogic has reported that new home sales in California have dropped sharply in June 2018, deviating from the pattern in the rest of the U.S. during the peak summer home-selling season. The California Association of Realtors has indicated that sale prices in the state reached an all-time high. 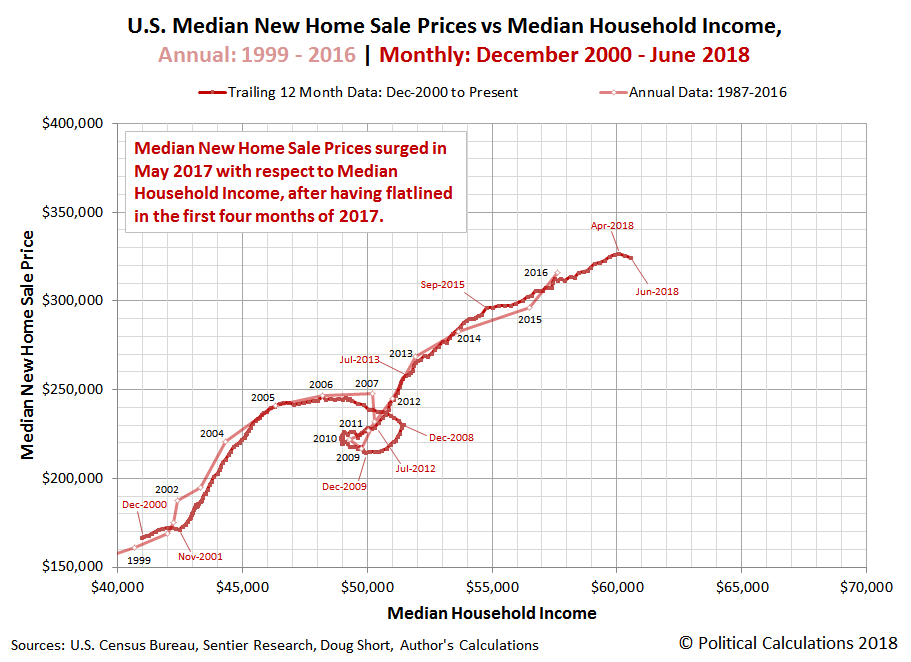 Although based on preliminary data, the recent decline of median new home sale prices has come while median household income has been increasing, where new homes have begun to back off of the peak they reached in February 2018 to become slightly more affordable in recent months. 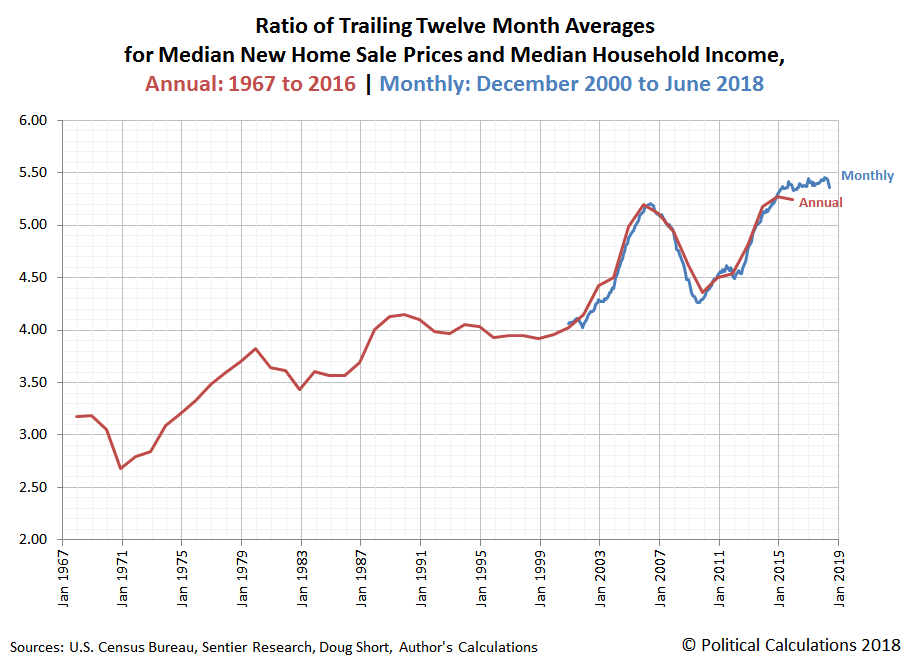