How has the taste of Americans for alcohol changed since the start of the 21st century?

We're going to answer that question today using excise tax collection data reported by the Alcohol and Tobacco Tax and Trade Bureau to the Internal Revenue Service from 2000 through 2017, which can give us an idea of how much beer, wine and distilled spirits Americans are consuming because the federal excise taxes that apply for these products are assessed by the gallon or barrel. Since the excise tax rates for these products have been stable since the beginning of the century, the amount of taxes per capita (or really, per American adult Age 21 or older) should be directly proportionate to the amount of each of these alcohol types that Americans have consumed in each year since 2000.

The following chart shows what we found in doing that math: 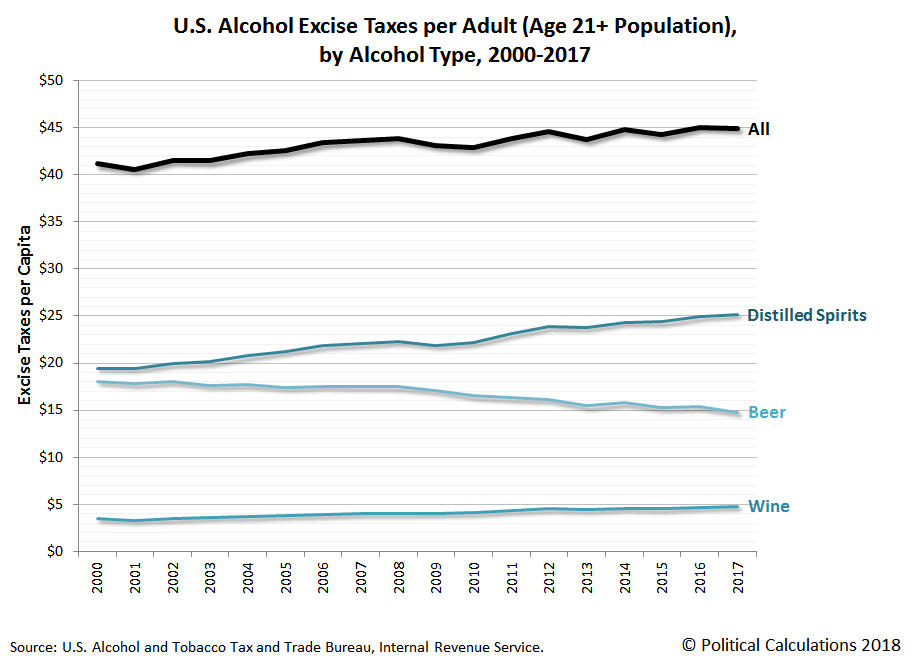 Overall, the amount of alcohol excise taxes collected per Age 21+ American has risen from $41.12 in 2000 to $44.89 in 2017, which suggests that the average adult American has increased their alcohol consumption by 9%. Within that consumption, there are clear rising trends for wine and especially for distilled spirits, which are displacing beer as a source of alcohol excise tax revenue for the U.S. government.

These trends can be seen more clearly in the following chart, where we show the relative share that each type of alcohol has contributed to federal excise tax collections from 2000 through 2017. 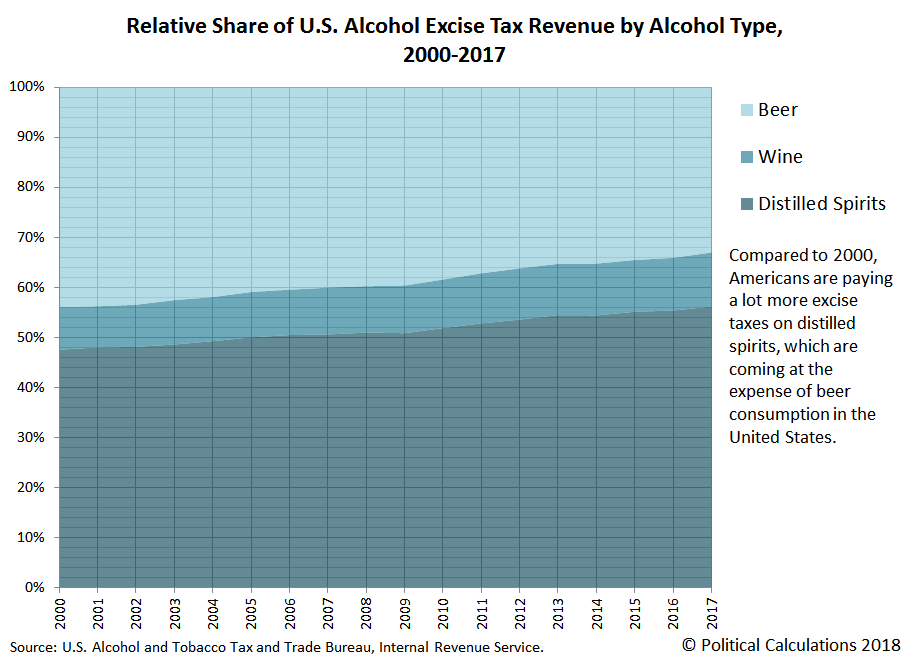