January 2019 was an average-to-below average month for dividend paying firms in the U.S. stock market. Whether we're counting the number of declarations, special dividend announcements, rises, reductions, or omissions, the month registered either close to or below the average levels recorded over the previous 15 years worth of January data that Standard and Poor makes available.

Let's run through the numbers for these categories and compare them to the previous month's figures and the same month from a year ago....

The following chart shows just the increases and decreases that have been recorded by S&P for each month from January 2004 through January 2019. 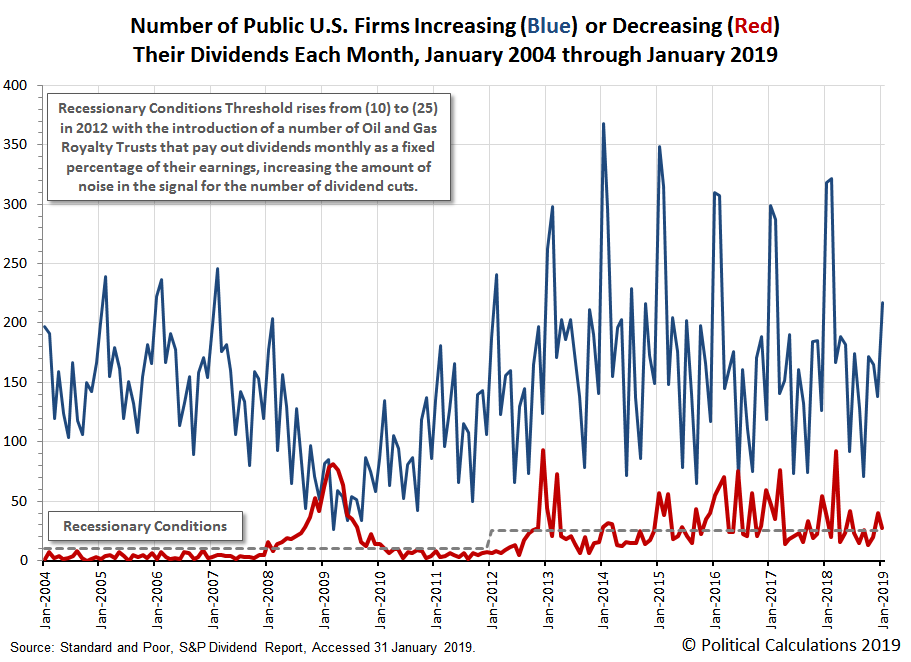 We've already covered the dividend cutters for the month from our near real-time sampling, which captured 18 of the 27 reductions recorded during the month. If you want to see the list, which we've expanded since we published it on 29 January 2019, please follow this link.