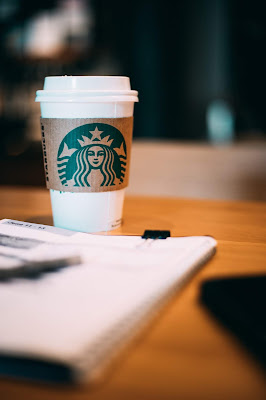 If you're a member of Starbucks (Nasdaq: SBUX) customer loyalty rewards program, the sad news today is that company's new rewards redemption scheme has gone into effect.

The reason why that's sad news is because the program's rewards have become much less generous. Previously, a rewards member could redeem 125 points (or stars) to get any item off Starbucks' menu for "free", with the best bang for the buck coming from redeeming points for either upgraded or high-priced menu items, such as handcrafted beverages, sandwiches and salads.

That changes today because the company is seeking to reduce its costs from financially literate rewards program members, who took advantage of the program's previous redemption terms to receive the maximum value they could from the points they accumulated through regular purchases and periodic promotional deals. Starbucks' new rewards program scheme makes redeeming points for higher-priced menu items more costly:

Starbucks is overhauling its rewards program so that customers will start earning rewards faster. Quicker access to freebies means the coffee chain is also essentially eliminating its Gold Level status by default.

Previously, you had to reach Gold Level — 300 stars — to be able to redeem a free drink or food item for an additional 125 stars. Starting April 16, customers can cash in their Starbucks stars as soon as they get them. Like before, 2 stars will be earned for every dollar spent....

For 25 stars you can ask for an extra shot of espresso, pump of flavor, or opt for any dairy substitute at no extra cost; 50 stars lets you walk out of your local Sbux with a brewed hot coffee, tea, or baked good, on the house; 150 means a free handcrafted drink, hot breakfast, or yogurt parfait; 200 stars, and lunch is on Starbucks. And if you ever make it to 400 stars without cashing in first, there's an option for "select merchandise" or packaged coffee.

But not all of Starbucks' Rewards stars are equal. In the following table, we did the math to identify where Starbucks' rewards members can get the biggest bang for their rewards points when redeemining them to buy the indicated items off of Starbucks' menu. If you're wondering about the particular items shown, most prices and items could be found for sale at Starbucks' first retail store, located across from Pike Place Market in Seattle, Washington, on 16 April 2019, while others may be found at other retail locations in the United States.

We find that the sweet spot for redeeming Starbucks rewards for loyalty program members seeking maximum value has moved from the high-end of the company's menu offerings to the company's bakery goods. Not uncoincidentally, Starbucks' bakery goods tend to carry the highest profit margins of all the items on its menu, so that's a change that may benefit the company's bottom line.

Meanwhile, the strategy of up-sizing drinks would appear to continue providing greater value in redeeming reward points than ordering beverages in smaller volume cups. The values in the table above apply for "grande"-sized beverages, which fall in the middle of the beverage options on Starbucks' menu - "short" or "tall"-sized beverages would deliver less value than what these figures indicate, while "venti" or "trente"-sized drinks would deliver greater value for their new reward redemption value of 150 points. It is unclear at this time if Starbucks Rewards members would be required to redeem an additional 25 points to upgrade a Café Latte to a Café Vanilla Latte on top of the 150 points it will now take to purchase the base beverage (of any size) in Starbucks' new rewards scheme.

Update 11:25 AM Eastern: The 150 points for handcrafted beverages include the additional flavored shots - we've confirmed there is no additional point charge.

The worst deal, by far, would be to redeem points to add flavored syrups to their regularly ordered beverage by itself. We think the only reason anyone would voluntarily choose to do this would be to use up small totals of accumulated points that are at direct risk of expiring before they might otherwise be used.

The rewards program change seems primarily aimed at boosting Starbucks' profit margins, which have been declining since early 2017. Starbucks is expected to close 150 of its U.S. stores in 2019 to help boost its profitability in the U.S. At the same time, Starbucks has focused considerable attention on growing overseas, particularly in China. Starbucks' stock price has generally risen since mid-2018, largely on the strength of its international expansion.