Political Calculations
Unexpectedly Intriguing!
August 16, 2019
To Whom Does the U.S. Government Owe Money?

The U.S. Treasury Department has revised its estimates of the amount of money the U.S. government owed to various foreign countries, which allows us to finalize the data for the government's fiscal 2018 for which we had presented preliminary figures earlier this year.

The following chart breaks down who the U.S. government's major creditors were at the end of its 2018 fiscal year, which is based on preliminary data that will be revised in upcoming months. 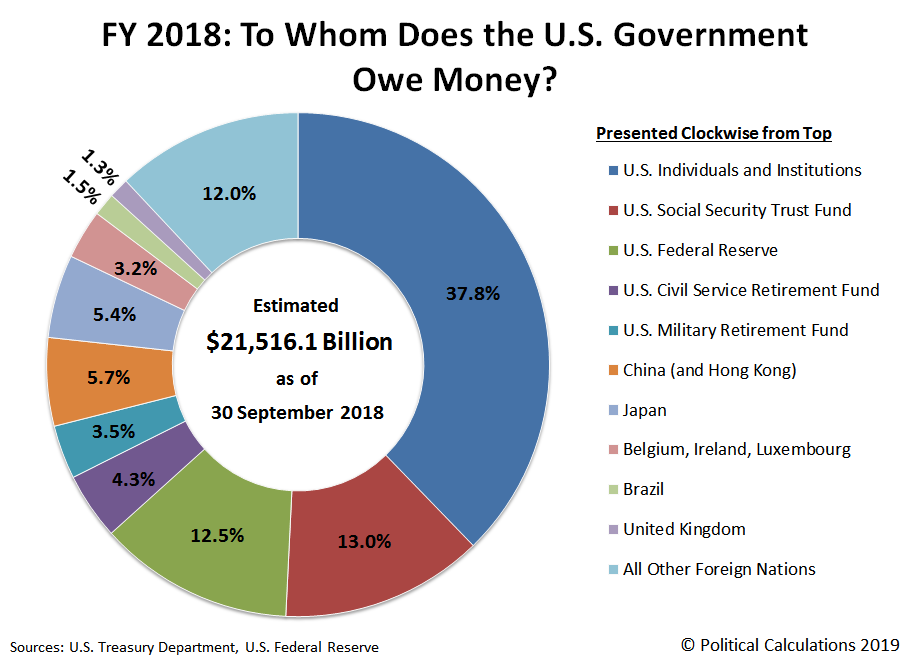 According to the U.S. Treasury Department, the U.S. government spent some $779 billion more than it collected in taxes during its 2017 fiscal year. The difference between this figure and the $1,271 billion that the total national debt officially rose can be attributed to the government's net borrowing to fund things like Federal Direct Student Loans, which have combined to account for over $1.2 trillion of the government's $21.5 trillion debt, or 5.7% of the total public debt outstanding since 2010.