Something surprising showed up in the international trade data between the U.S. and China during August 2019. For the first time since the end of March 2018 when both nations entered into a tariff war with each other, the year over year growth rate of U.S. exports to China has turned positive, indicating growth rather than shrinkage.

You can see for yourself in the following chart illustrating the year-over-year exchange rate-adjusted growth rate of U.S. exports to China and of China's exports to the U.S. from January 1986 through August 2019. 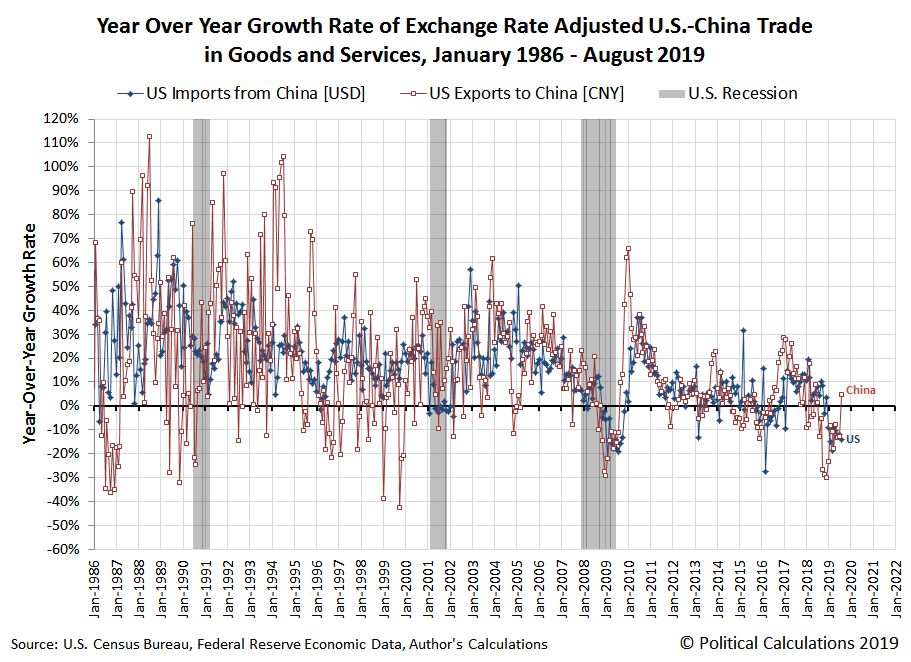 It would be nice if that were a genuinely positive development, sparked by a resurgence of organic growth in China's domestic economy, but it reflects two other things instead:

We drilled down into the Census Bureau's detailed trade data, where we found two major positive contributions to August 2019's year-over-year export growth: