Existing home sales in the U.S. largely continued treading water through August 2019, with the initial estimate of the seasonally-adjusted aggregate value of recorded sales across the U.S. dipping slightly to $1.51 trillion. 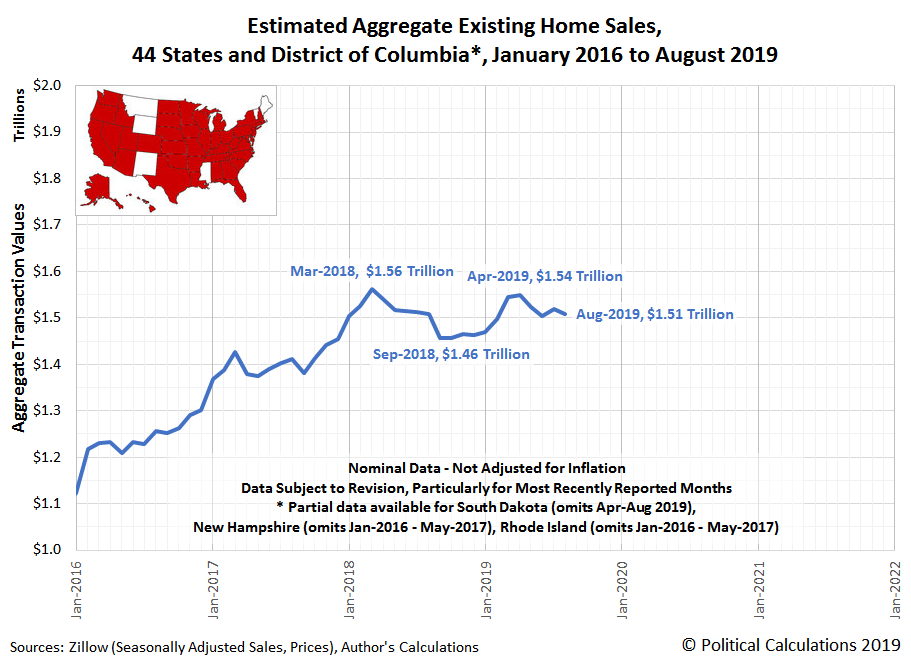 We've broken the state-level trends down regionally, where we find the aggregate dollar total of sales in the Midwest are slightly up while sales in the Northeast region of the country are holding steady. 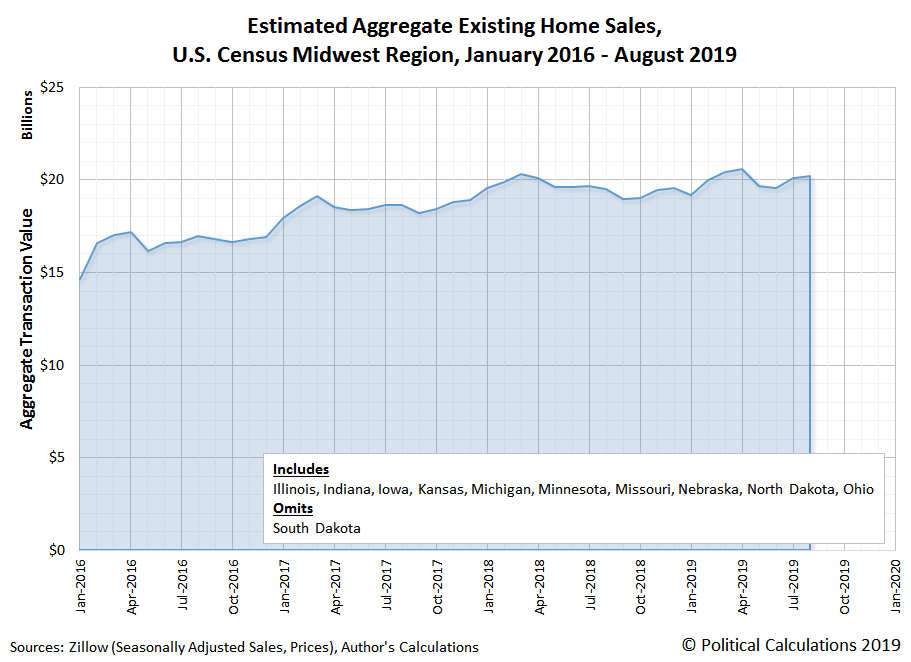 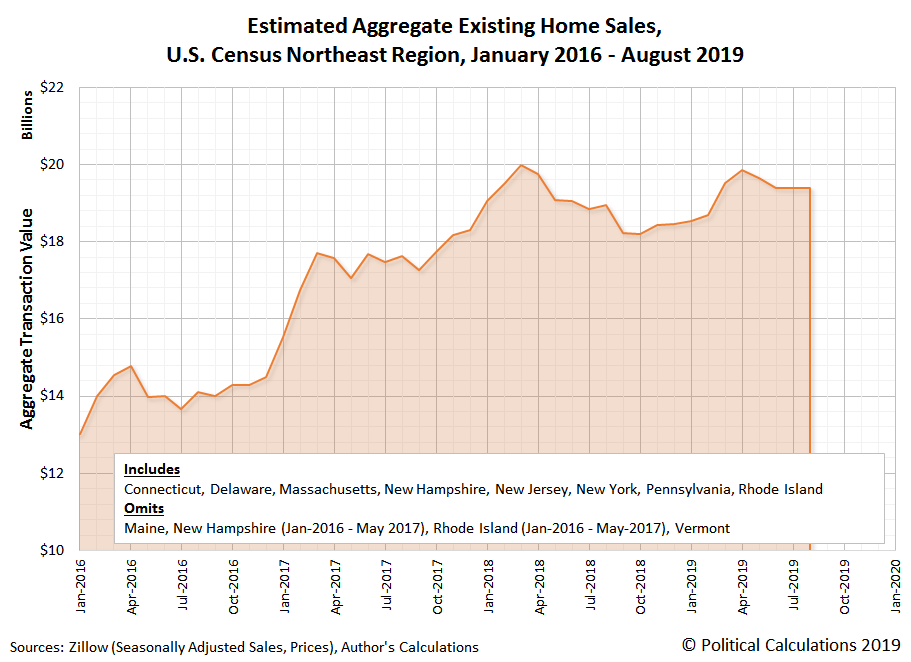 Aggregate sales in the West also held steady in August 2019, though the region is still well below its March 2018 peak. But the South region has developed a downward trajectory since April 2019. 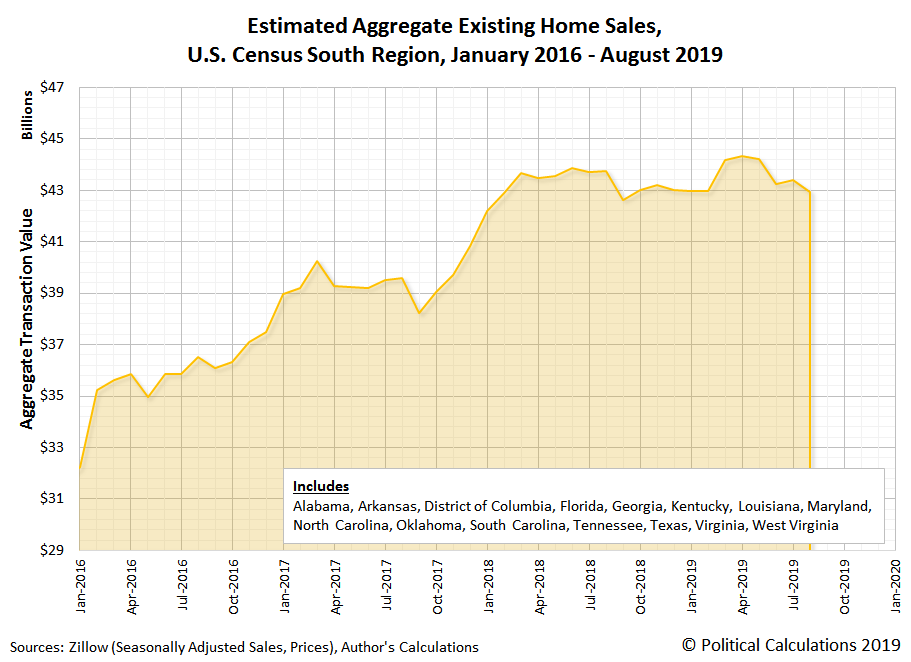 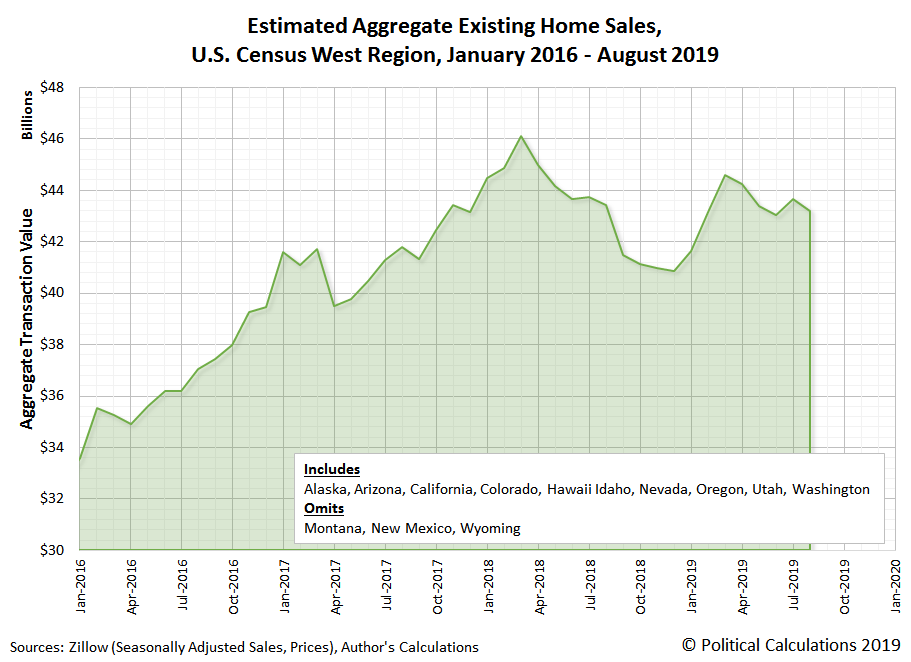 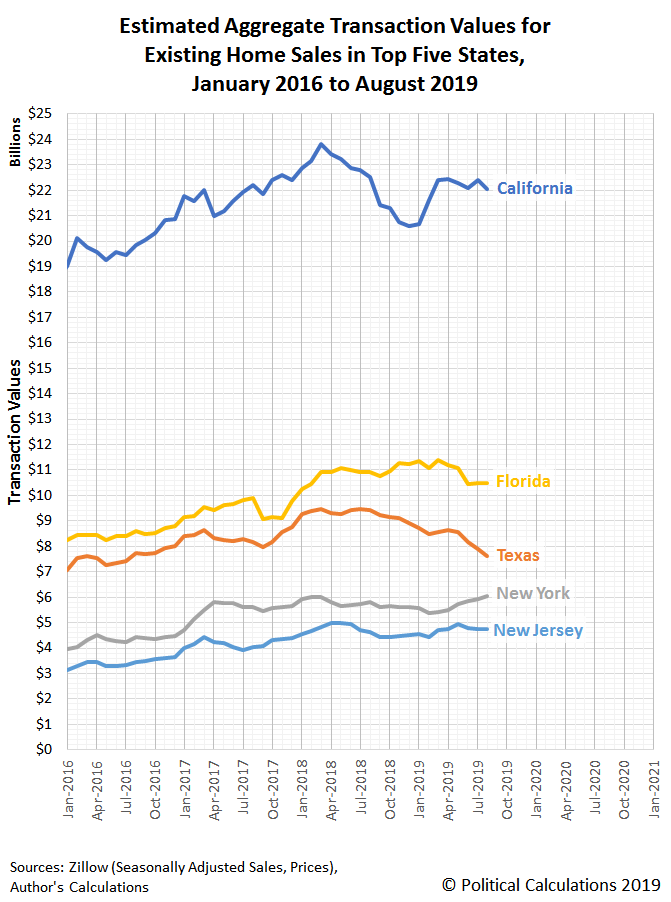 Texas stands out because of the relative size of the oil and gas production sector of its economy, which has slowed since crude oil prices last peaked in April 2019. The spot price of West Texas Intermediate crude oil has fallen by 18%-20% since that time (dropping by over $10 per barrel), coinciding with a falling demand for oil in the slowing global economy.

Preliminary and revised state level existing home sales data through August 2019 is now available from Zillow's databases, where price data for Texas hasn't been updated past June 2019. In our charts above, we're using price data from June 2019 to estimate the aggregate value of transactions in the state for July and August 2019, for which data on the number of sales in the state is available. Zillow's city-level data also confirms the falling number of existing home sales in the state.

Oklahoma and Louisiana also stand out for the relative share the oil and gas production industry has within their state economies. The market for existing homes in each has lagged behind Texas', but both show declines in recent months, with a small dip in Oklahoma and a more significant drop in Louisiana, though the latter may be attributable to the landfall of Hurricane Barry in the state in July. Since this data may be subject to considerable revision in upcoming months, it bears watching to see if the housing markets in these states follow Texas' downward trend.