The following chart shows the number of U.S. firms either increasing (blue) or decreasing (red) their dividends in each month since January 2004. 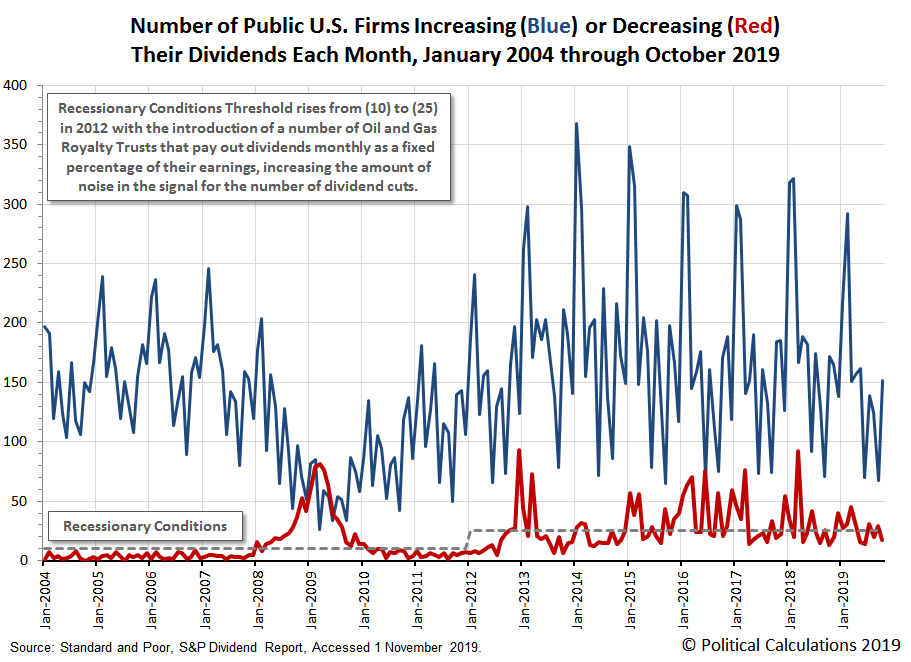 Before we review the metadata for October 2019's dividend payers, we need to catch up with Standard & Poor's revisions to its dividend statistics for the previous month. Here is how the numbers for September 2019 changed from what S&P previously reported in early October 2019.

With all the figures either increasing or unchanged, we suspect that S&P's automated systems simply missed a portion of September 2019's dividend declarations when the data was originally reported, where revisions like these are rare events. Having caught those numbers up now, let's turn our attention to October 2019's dividend metadata and how it changed from the revised September 2019 figures and also how it changed from the October of a year earlier.

That's what the data for dividends looks like when we look backwards toward the past, assuming S&P's data for October 2019 is complete. Later this week, we'll show you how the future expectations for the dividends of S&P 500 firms have changed since early September 2019!