The earnings outlook for the S&P 500 has continued to deteriorate since our Summer 2019 edition. As of data from 11 November 2019, Standard & Poor's earnings data indicates a new earnings recession has begun, with the trailing twelve month total of quarterly earnings for 2019-Q3 dropping below the level recorded for 2019-Q2. 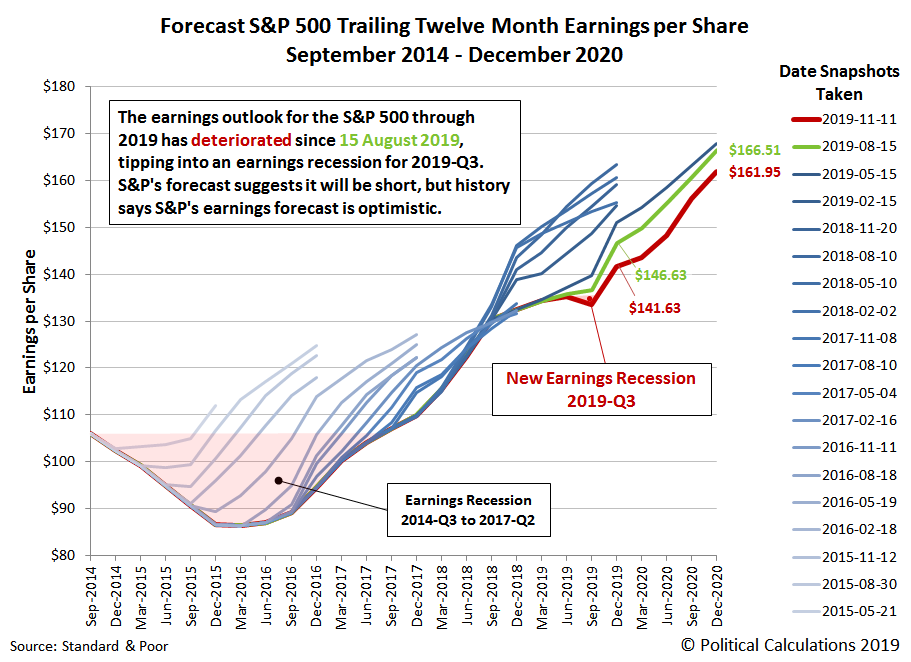 S&P is currently forecasting the new earnings recession will last just a quarter, but as you can see in the chart above, S&P's earnings forecasts have a history of being overly optimistic and being subsequently revised downward.

You can see that track record of excessive optimism in the chart above, which shows the evolution of earnings through the previous earnings recession for the S&P 500 in the period from 2014-Q3 to 2017-Q2. Here, from September 2014 to September 2016, the earnings projections always looked like they were about to turn around, but either deepened or extended to draw out the length of the earnings recession instead. It wasn't until December 2016 that a recovery really began to gain traction, where it took an additional two quarters for the index to recover to the level of trailing year earnings it had achieved prior the beginning of that earnings recession.