The week carried quite a lot of positive news, including much better than expected U.S. jobs numbers, a third quarter point rate cut from the Federal Reserve, and reports the U.S. and China are getting closer to sealing a 'Phase 1' trade deal. All of that was enough to keep the trajectory of the S&P 500 tracking along at the upper edge of the redzone forecast indicated on our alternate futures spaghetti forecast chart: 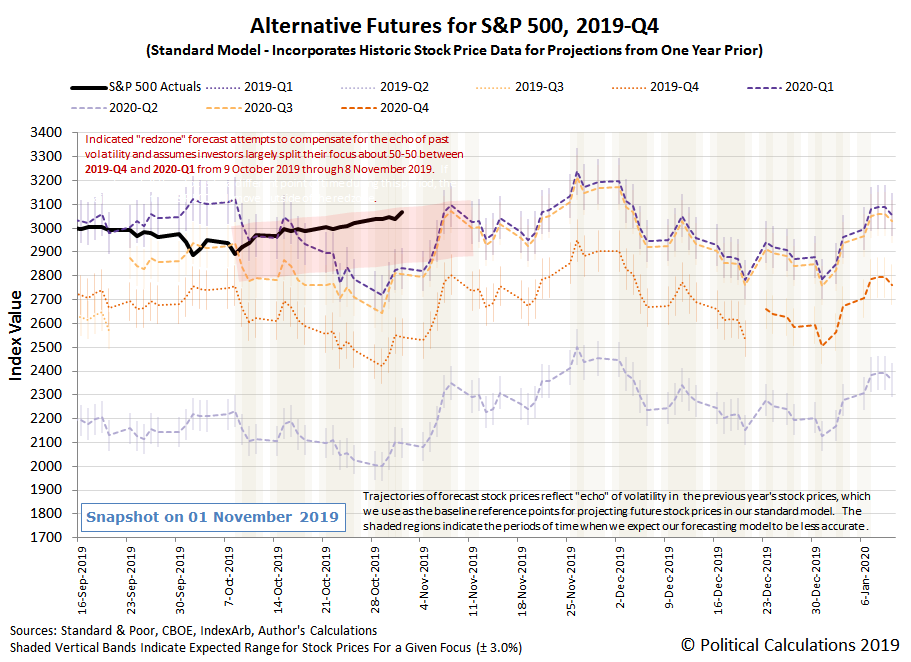 By far, the biggest news of the week was the Fed's third rate cut, which largely closed the door on the likelihood of any additional rate cuts in the remainder of 2019. The other positive economic data that came out during the week was such that investors appear to have pushed back their expected timing of the Fed's next change in the Federal Funds Rate, which the CME Group's FedWatch Tool now projects will most likely involve a quarter point rate cut in the third quarter of 2020: 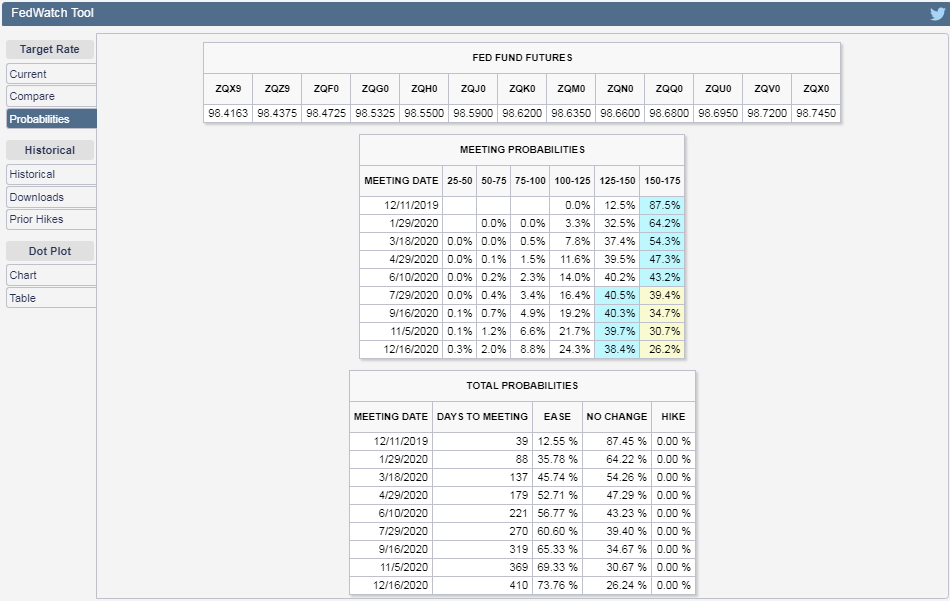 Given the relatively close correspondence of our redzone forecast range with the projected trajectory associated with investors focusing upon this distant future quarter in our alternate futures chart, we've been paying close attention to the news stream over the last several weeks for any evidence investors might shift their attention to this particular point of time in the future. The probabilities indicated by the FedWatch tool above are the first confirmation that this quarter is now in the mix for shaping investor expectations of the future, with changes in the amount of dividends expected to be paid out in that distant future quarter taking place shortly afterward. Those changes have boosted the trajectory associated with investors focusing primarily on 2020-Q3 to nearly coincide with the trajectory associated with 2020-Q1 in the S&P 500 alternate futures chart during this past week.

But that's not all the new information investors encountered during the week that was. Here are the headlines we flagged for their potential market moving potential during the past week.

Elsewhere, Barry Ritholtz listed seven positives and seven negatives in the past week's economics and market-related news, in his weekly exercise aimed at maintaining an objective assessment of market-driving news events.