For our dividend futures-based model for projecting the future for the S&P 500, we find the index falls within the latest redzone forecast range we added to the alternate futures spaghetti forecast chart several weeks ago to compensate for the echo effect from the past volatility of historic stock prices the model uses in its projections. 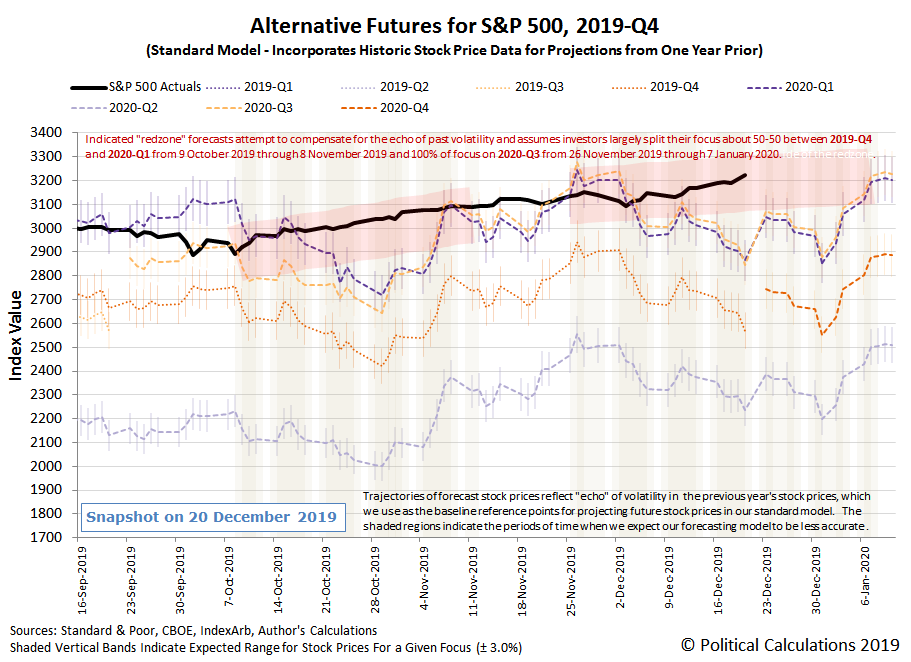 Right now, we think we may be seeing a transition in how far investors are looking into the future, shifting their attention from 2020-Q3 where it has been over the last several weeks back toward 2020-Q1, which our model indicates would set the level of the S&P 500 almost identically.

The reason why we're thinking that may be the case is because investors appear to now be giving less than even odds of the Federal Reserve changing short term interest rates in the U.S. during 2020. Here is a snapshot of the probabilities form the timing and magnitude of changes in the Fed might alter the Federal Funds Rate from the CME Group's FedWatch Tool, which shows less than 50% odds of the Fed adjusting interest rates at all but its very last meeting in 2020,which it drifts slightly over 50%. 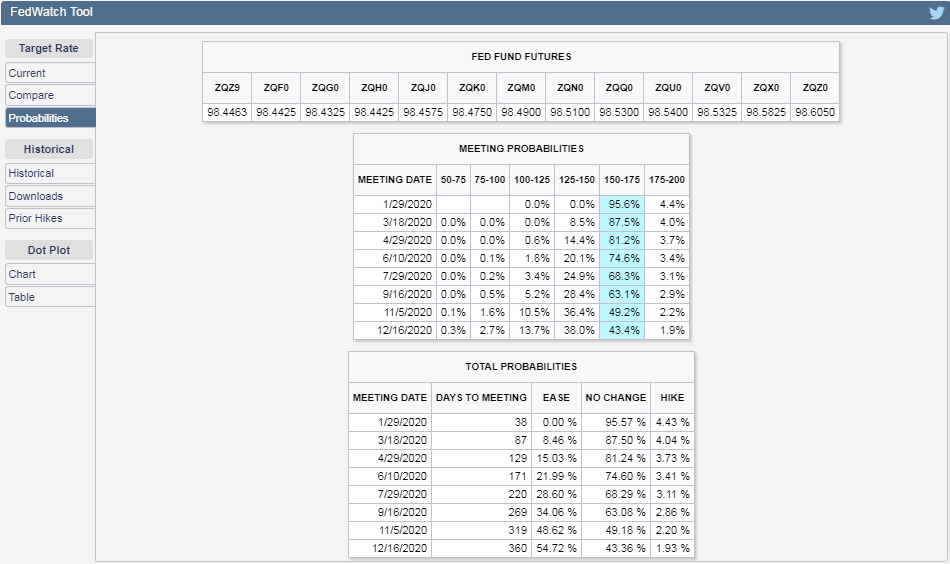 That change in expectations since just last week has been shaped in part by statements by several Fed officials indicating they are not anticipating any additional rate cuts in 2020. In 2019, investors were often reluctant to believe these kinds of statements, however the Fed's actions to flood U.S. money markets with cash to ensure they remain liquid this past week may have finally given Fed officials more credibility for those assertions.

At least, that's our take from the flow of new information that investors digested during the third week of December 2019. A sampling of some of the more significant headlines that caught our attention during the week that was provides the context in which we're assessing how investors are viewing the market.

This is the last edition of our S&P 500 Chaos series for 2019, as the next edition won't arrive until 6 January 2020. Between then and now, Political Calculations will close the year with our annual "Biggest Math Story Of the Year" post sometime on Christmas Eve, which will have to carry you through to when we return with the latest update to our income tax withholding tool to officially begin 2020.

Until then, have a Merry Christmas and a Happy New Year!