The rate of growth of new home sale prices in the U.S. has slowed significantly from historic rates. The following chart shows one of our favorite ways to measure that growth rate, tracking the amount of time it has taken for the median new home sale price in the United States to double since January 1963, the earliest that monthly data for the statistic is available. 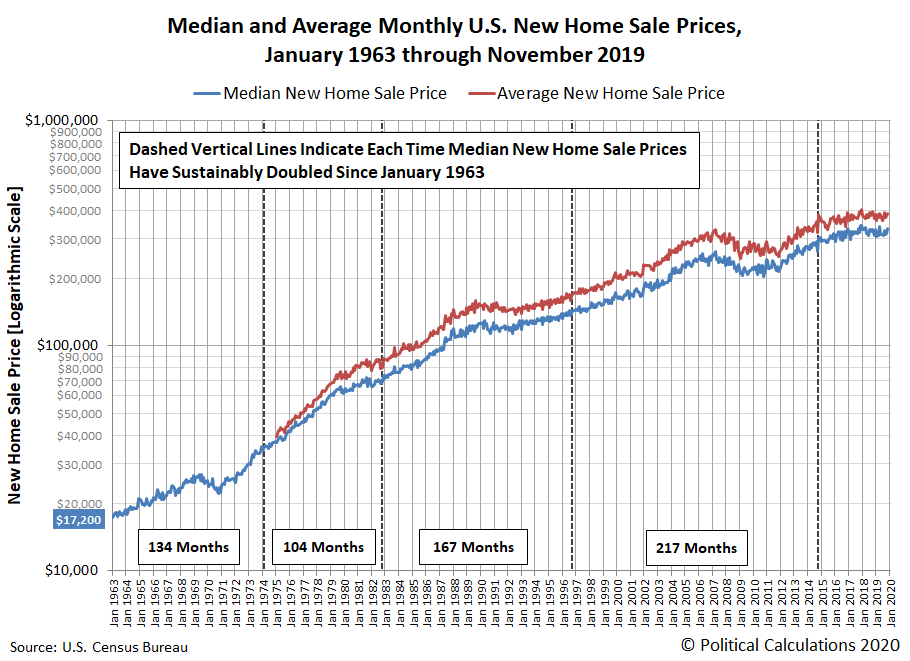 Starting from January 1963, the median sale price of a new home sold in the U.S. has sustainably doubled four times, with the amount of time it has needed taking 134 months, 104 months, 167 months, and 217 months to do so, with the most recent doubling period ending in October 2014. 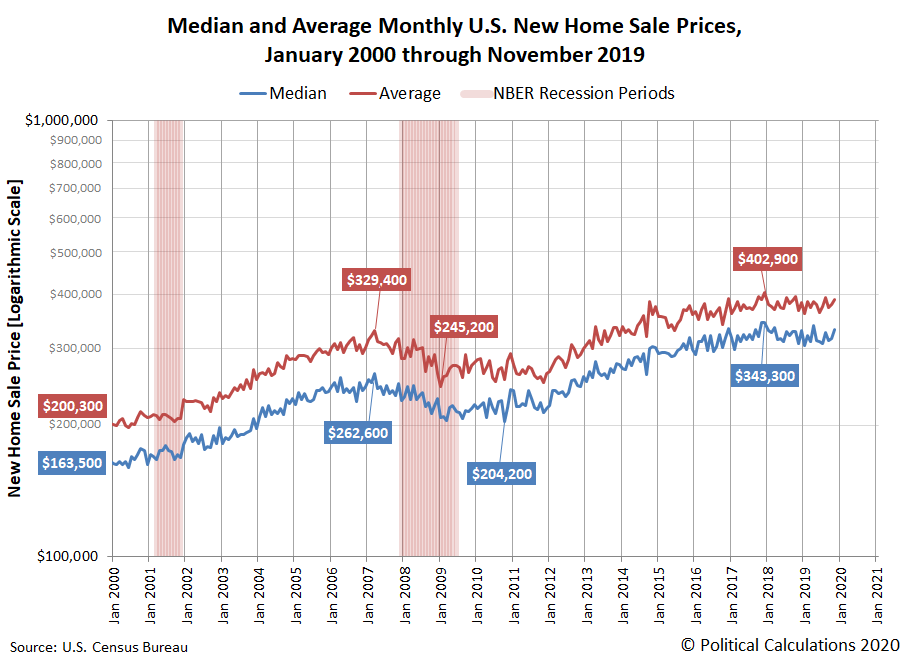 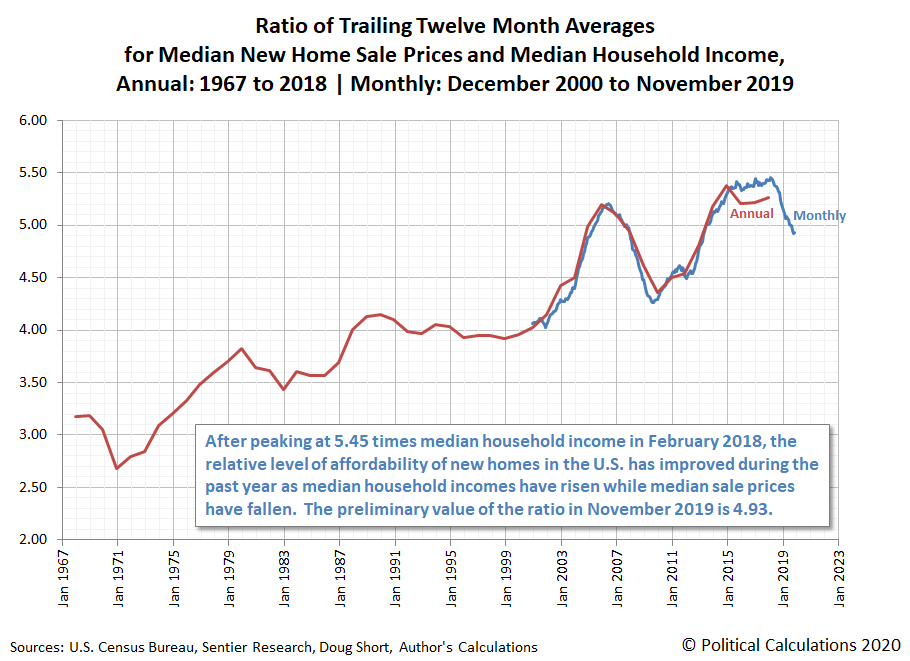 For the affordability of new homes sold in the U.S., the last two years have been unique among all the years in the last five and half decades for which we have data.