"Meh". If you wanted to use a single word to describe the metadata for dividends being paid in the U.S. stock market in January 2020, "meh" wouldn't be a bad choice, as the month was neither really good nor really bad, but for lack of a better word, it was "meh" all over. 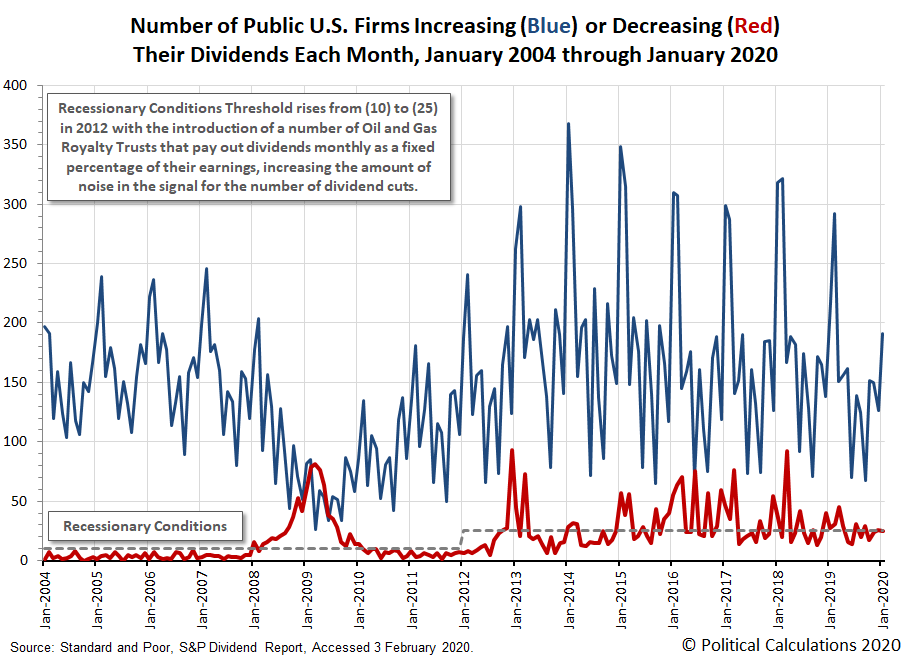 Let's go through the dividend metadata for January 2020:

There's nothing really exciting here at all, but the falling numbers for dividend increases in recent months suggests a stock market that's running out of steam. "Meh" may be the best case scenario for this point in 2020.