The change reflects a continuation of the downturn in wage and salary income that resulted from the combined economic effects of the coronavirus pandemic in the U.S. and the response of state and local governments to it, which continued to drag into July 2020.

The following chart shows the nominal (red) and inflation-adjusted (blue) trends for median household income in the United States from January 2000 through July 2020. The inflation-adjusted figures are presented in terms of constant July 2020 U.S. dollars. 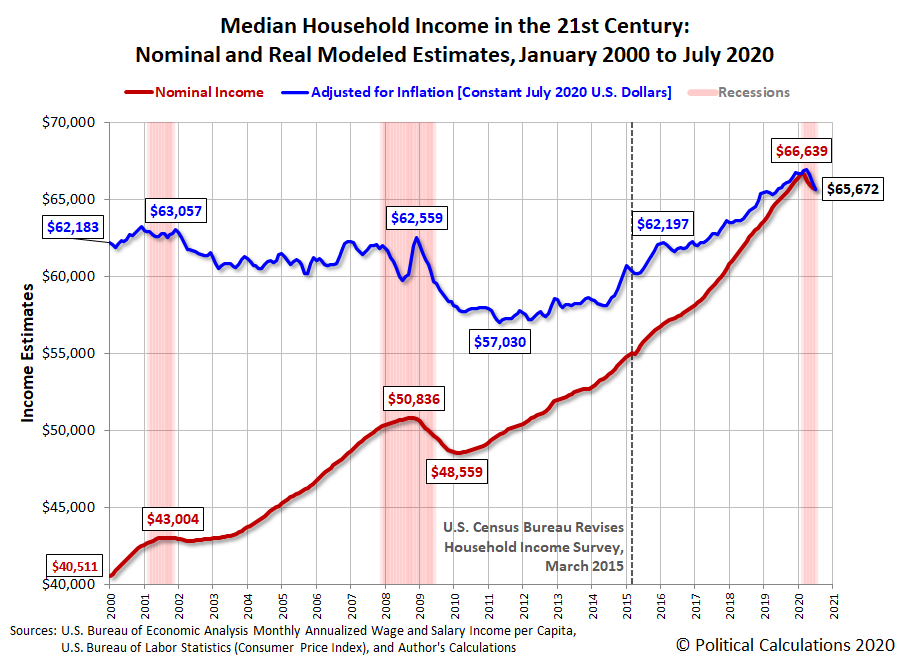 Median household income in the U.S. has declined by 1.5% through July 2020 from a slightly revised figure of $66,639 recorded in February 2020, the last month of expansion for the U.S. economy identified by the National Bureau of Economic Research, which marks the onset of the coronavirus recession.

The year-over-year rate of change for median household income confirms the sharp deceleration in this measure in both nominal and inflation-adjusted terms. Both measures are falling at the fastest pace observed to date in the 21st century. 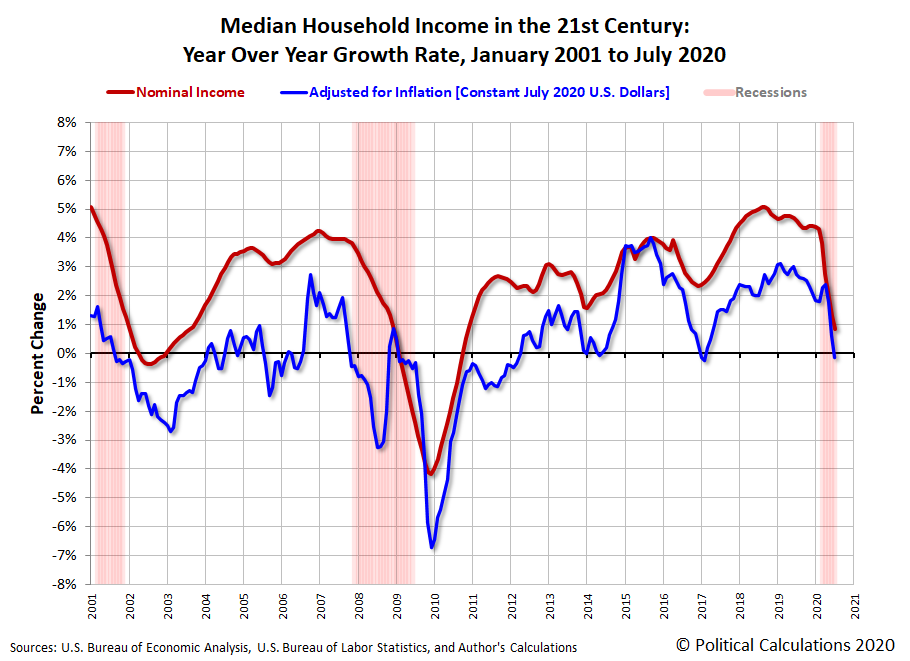 Optimistically, the bottom for median household income may occur as early as August 2020, though it may take several months to verify that projection.

In August 2020, minor revisions were made to the aggregate personal wage and salary income data we use to generate our estimates of median household income, which affects estimates from January 2020 through June 2020.