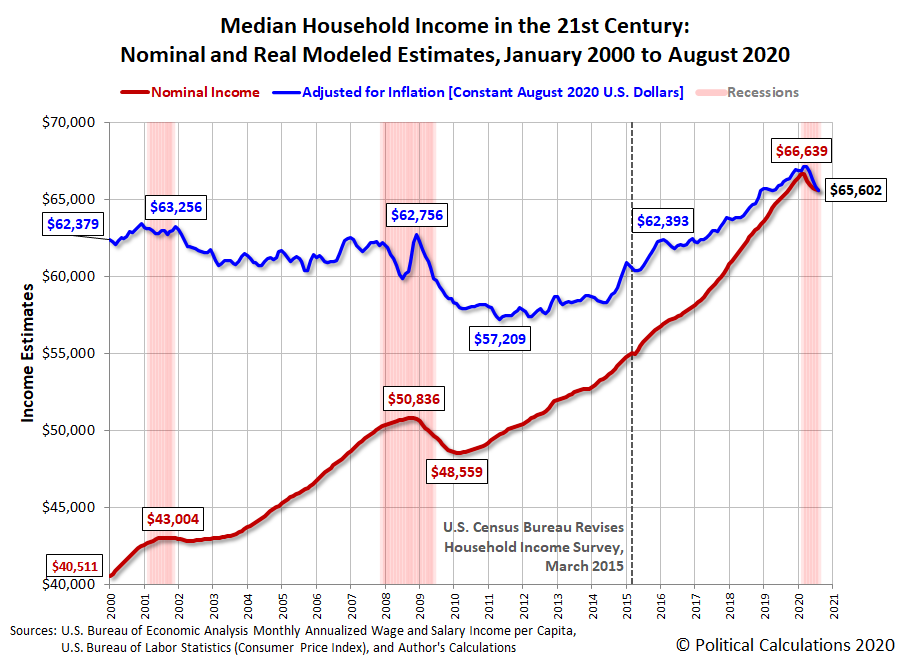 Since peaking at $66,639 in February 2020, median household income in the U.S. has declined by 1.6% through August 2020. The year-over-year rate of change for median household income confirms its slowing rate of decline of this measure in nominal terms. The increase in inflation for the month however has dropped the inflation-adjusted growth rate into negative territory, which can be seen in the next chart. 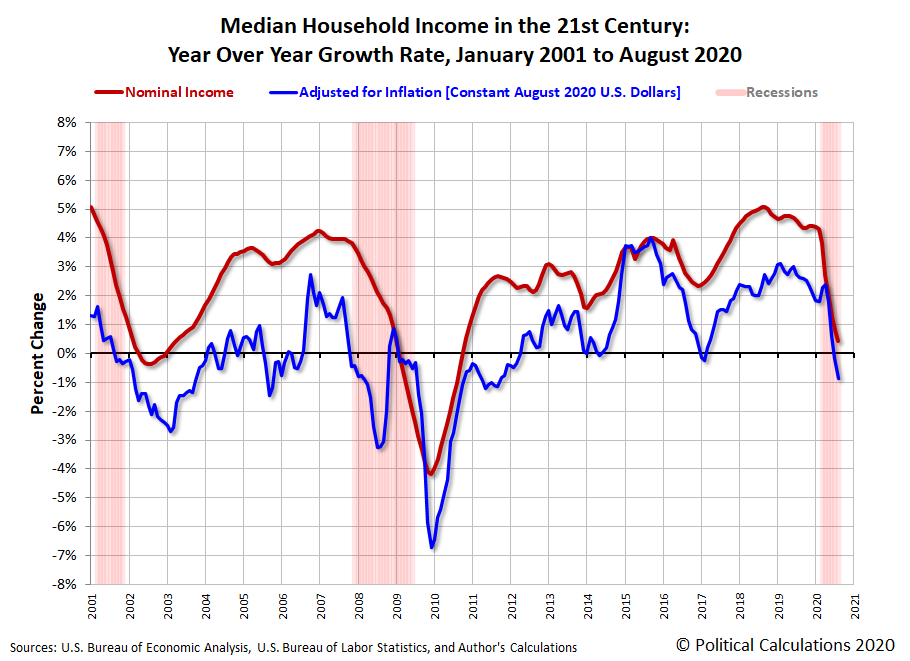 The Bureau of Labor Statistics' consumer price inflation report for August 2020 indicates the largest contributors to the month's inflation increase came in the form of energy prices and used cars. We already know energy prices declined in September 2020, where we would anticipate this measure decelerating with the next month's data.

In September 2020, minor revisions were made to the aggregate personal wage and salary income data we use to generate our estimates of median household income, which affects estimates from April 2020 through July 2020.

The U.S. Census Bureau issued its Household Income report for the 2019 in September 2020, giving $68,703 as its estimate of median household income for the 2019 calendar year. At first glance, that figure would suggest our monthly median household estimates are understating the growth of median household income by a considerable margin, however the Census confirms the arrival of the coronavirus pandemic in the U.S. impacted its data collection in March 2020, increasing the non-response rate to its Current Population Survey's Annual Social and Economic Supplement and skewing its reported results upward because of the disruption of the pandemic.

The Census Bureau's analysts indicate the survey's resulting estimate overstates median household income by 2.8%, indicating that it increased to $66,790. That figure is within $151 of Political Calculations' median household income estimate for February 2020 and represents one of the stronger year-over-year gains observed in the annual data since it began to be reported in 1967.

That's not a surprise to us, since we have been able to replicate their results within a relatively small margin of error using entirely other datasets....