The news that caused the new record high came from Netflix (NASDAQ: NFLX). The company reported outstanding quarterly results and announced they had surpassed over 200 million subscribers. More significantly, with so many paying customers, the firm announced it will no longer need to borrow to finance its development of new programming. That change will boost the company's profitability going forward, with the news sending its stock price 10.6% higher because of the associated change in its future expectations. The company's market capitalization likewise surged to 0.8% of the entire value of the S&P 500, contributing a significant portion of the index' gains during the week.

Here is the latest update to the alternative futures chart. 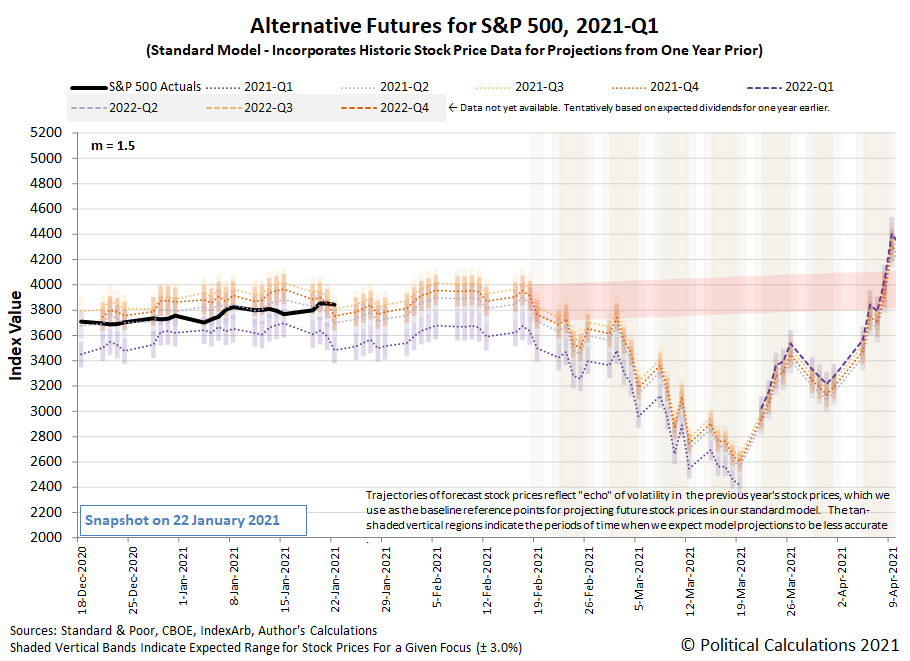 We think investors are still mostly focusing on 2021-Q2 as they set current day stock prices, although it's possible they may have shifted some their focus toward a more distant time horizon in conjunction with Netflix' change in future expectations. We'll find out over the next two weeks how things settle out for the S&P 500, where the onset of new information will set the tune to which index dances.

Speaking of which, here are the past week's more notable market-moving headlines.

Elsewhere, Barry Ritholtz outlines the positives and negatives he found in the markets and economics news of the market holiday-shortened week that was!

Update 27 January 2021 9:56 PM Eastern: Things settled out in the markets more quickly than we anticipated. According to the dividend futures-based model, today's 2.6% drop in the value of the S&P 500 directly coincides with what would be expected if investors had previously set their forward looking focus on 2021-Q4, then suddenly refocused it on the much nearer term of 2021-Q2. Here's what that looks like on a mid-week update to our alternative futures spaghetti forecast chart: 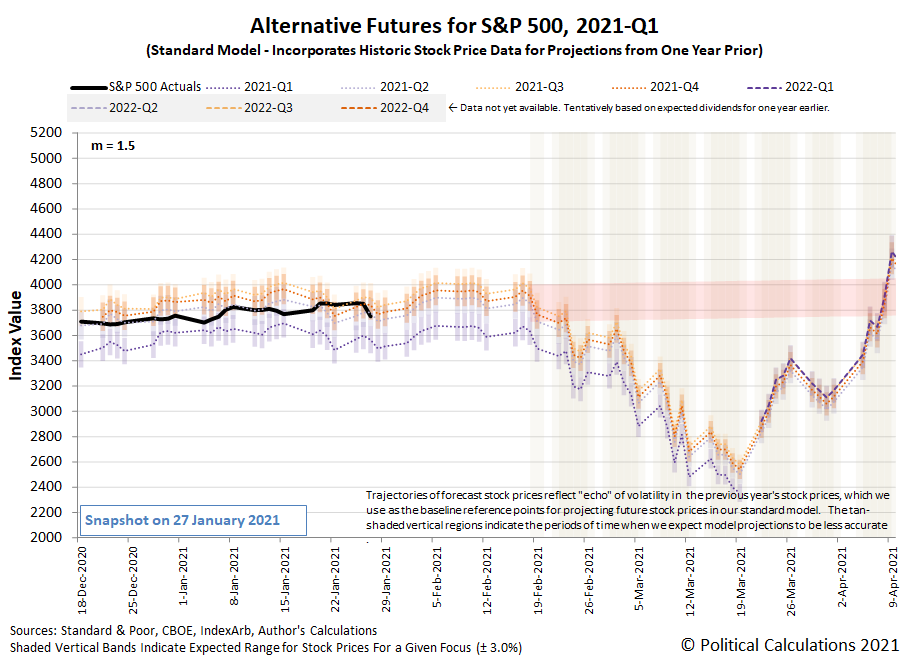 According to the news, it was the worst day for stock prices since October 2020. From our perspective, had investors reset their investment horizons on 2021-Q1 instead of 2021-Q2, the S&P 500 could have fallen another 5%, which would be a more impressive Lévy flight event than the relatively small one we saw today.

But what new information might compel investors to become so myopic?