After a full year of underperforming a counterfactual based upon the "Great Recession" trade recovery, the post-pandemic trade recovery between the U.S. and China has finally caught up to that projection in terms of current, or nominal, U.S. dollars. 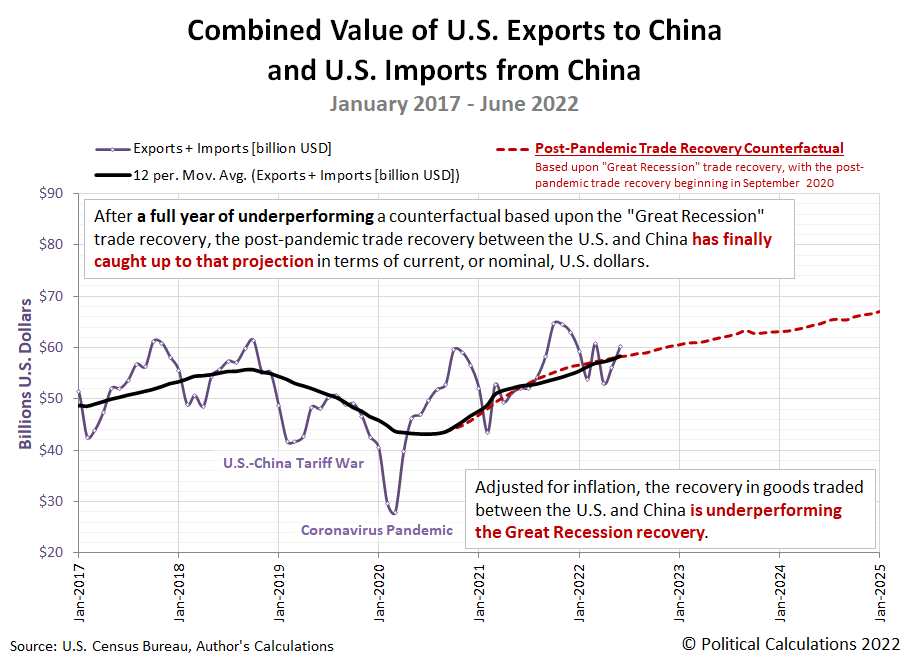 Digging into the trade data, we found the basis for that improvement is rather lopsided. Most of the improvement in recent months has been paced by double digit year-over-year growth in the value of good imported into the U.S. from China. By contrast, growth in the value of goods exported by the U.S. to China has been much slower and nearly flat on average.

Much of this lopsided outcome is the result of clearing a good portion of the backlog of container ships that stacked up outside west coast U.S. ports in late 2021.

None of the trade data we've presented has been adjusted to account for President Biden's inflation. There's little question that in real terms, the post-pandemic trade recovery between the U.S. and China has some way to go before catching the counterfactual in real terms. Which is to say the U.S. is paying much more to import fewer things from China.