After a rocky first half of 2022, particularly for China's economy, the value of goods traded between the the U.S. and China increased year-over-year during July 2022. That change can best be seen in the following chart, which tracks the growth rate of exports from the U.S. to China and imports from China to the U.S. from January 1986 through July 2022. 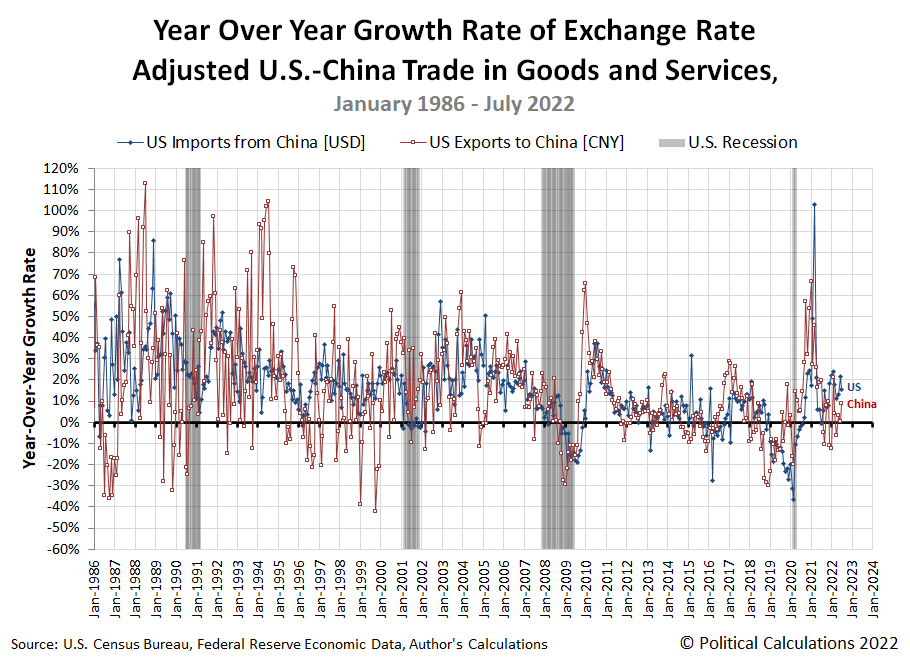 Despite the Chinese government's ongoing disruptions to its economy from its zero-COVID policy, which indicate the country's leaders have little confidence in Chinese hospitals' ability to handle new coronavirus infections, the combined value of goods traded between the U.S. and China now exceeds a counterfactual projection based on the recovery in trade between the two countries after 2008-09's "Great Recession". 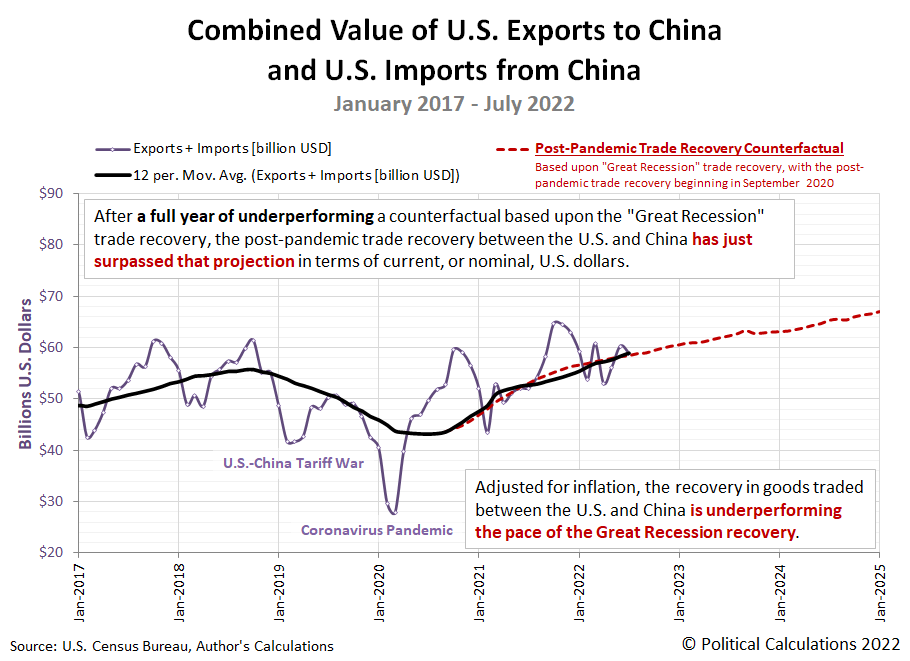 Looking forward, we're coming up on the time of year when China's exports to the U.S. peak as it ships the bulk of goods that will be sold to U.S. consumers during the Christmas shopping season and U.S. exports to China peak with the export of soybeans in the months of September through November. Because of these seasonal factors, we anticipate the combined value of trade between the U.S. and China will outpace the counterfactual's projection during the next several months.