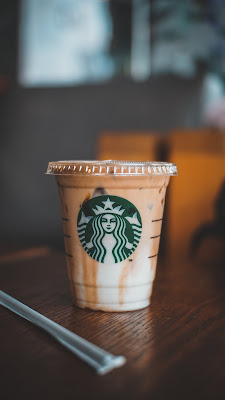 Members of Starbucks (Nasdaq: SBUX) customer loyalty rewards program, received sad news during 2022's holiday season. Beginning on 13 February 2023, just one month from today, redeeming your "stars" for a number of food or beverage products will no longer be as rewarding.

Or as Inside Hook's Kirk Miller puts it, "Starbucks Rewards are getting more useless in 2023". Here's more of what he reported, where there is some good news mixed in with the higher volume of bad news.

While some of us pine for the old days and simplicity of store loyalty punch cards (“Buy 10 get 1 free”), the digital era of rewards memberships does offer convenience. But it’s also easier for companies to change their rewards program requirements, as highlighted by a recent announcement from Starbucks that increases the requirements for their loyal customers to earn free drinks and food by up to 100%.

As noted by the travel site One Mile at a Time, the “stars” you earn for each purchase at Starbucks are going to be worth a lot less starting on February 13, 2023. The most egregious update? A mere 50 stars used to get you a brewed coffee, bakery item or tea; in two months, you’ll need to have 100. Meanwhile, 200 stars previously allowed you a choice of a free lunch sandwich, protein box or salad, but that’s soon getting a 50% bump to 300 stars.

Conversely, the number of stars necessary for iced coffee, iced tea, packaged coffee and some merchandise will actually decrease by up to 50%.

“We occasionally need to make changes to ensure the long-term sustainability of the Starbucks Rewards program and to meet the changing needs of our members,” as the company told Yahoo Finance.

That last sentence is an admission Starbucks' management thinks the Rewards program was costing them too much money, which is why they're changing it. The changes also mean there's a new sweet spot for redeeming Starbucks' stars for its menu items. We've re-done our math from 2019, when the company last changed its Rewards program, to find out where that sweet spot may now be. The following table, based on prices and items that can be found for sale at Starbucks' location at 1st & Pike in Seattle on 2 January 2023, presents the results of our analysis:

The new sweet spot for maximizing the value for redeeming Starbucks' stars is Iced Coffee. After that, getting the highest dollar items while giving up the least number of stars (or points) becomes harder, with high dollar bakery goods delivering the second-best ratio.

There's also no question Starbucks Rewards program has become less rewarding. Compared to 2019, when Banana Nut Bread represented the best $-to-stars ratio, you only needed to buy 8 slices to accumulate enough points to redeem a free slice. In 2023, you'll need to buy 14 slices to realize the same reward.

When you do redeem rewards, the strategy of up-sizing drinks would appear to continue providing greater value in redeeming reward points than ordering beverages in smaller volume cups. The values in the table above apply for "grande"-sized beverages, which fall in the middle of the beverage options on Starbucks' menu - "short" or "tall"-sized beverages would deliver less value than what these figures indicate, while "venti" or "trente"-sized drinks would deliver greater value for their new reward redemption value of 150 points.

That also applies to customizations, where loading up your order with extras (flavored syrups, milk or milk substitutes, etc.) will boost the value of your redeemed reward.