Back in early November, Jeffrey Cornwall's Entrepreneurial Mind featured a graphic that showed the growth the the U.S. tax code from the inception of the income tax in 1913 up through 2003, as measured by the number of pages of federal tax rules. The image was a little difficult to read, so Political Calculations has created the following version of the image which we hope offers an improvement: 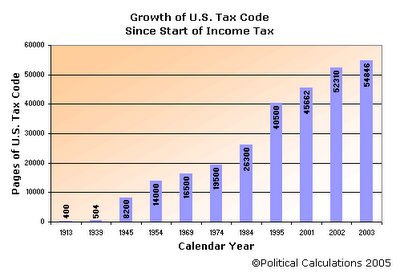 As an exercise, we here at Political Calculations decided to measure the annualized growth rate of the U.S. tax code, as measured between the intervals given in the chart above. The following chart shows what we came up with: 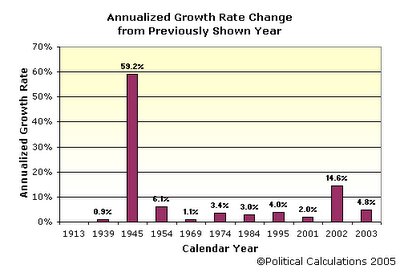 Something to think about when filing your taxes next year....