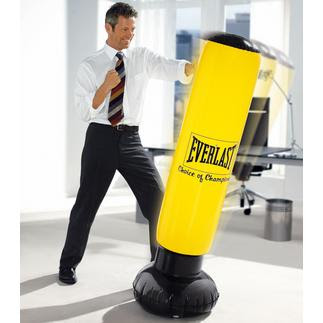 If you're a regular reader of Political Calculations, you might be surprised to find out that some of our better analytical work doesn't even appear on our own site. And we're okay with that!

Here's an example, using our favorite industrial punching bag, the auto industry*. Our long-time readers will recall that we used General Motors (GM) as the model company for our tool for predicting bankruptcy back in June 2006. But, we had only presented our analysis of GM's financial situation on our site just that one time (we found that GM was very much a distressed company even in those days of surging SUV sales.)

But our analysis of GM didn't stop there. Back on 2 October 2008, Ironman re-ran the Z-Score calculation for GM to support a comment over at Econbrowser. To save the clicking (and scrolling) through all those comments, here's what Ironman found:

In the past week, Political Calculations has had an upsurge in traffic for our Predicting Bankruptcy tool, much of it directed from the Yahoo! message board for General Motors.

Even though the default data set up in the tool shows that GM was highly distressed back in March 2006 (their Altman Z-Score was 0.01 back in those rosy days), updating it with the most recent quarterly data as of 30 June 2008 reveals that things have become much, much worse. Their Altman Z-Score is now -1.35, which is the lowest I've personally ever seen.

Perhaps that helps explain why the Congress provided $25 billion for the auto industry in their bailout package. At this time, I don't believe that even if the full amount went to GM that it would be enough for them to avoid bankruptcy proceedings.

In that Econbrowser comment thread, Ironman later responded to a question asked regarding that summer's 25 billion-dollar bailout for the auto industry would be sufficient to save GM:

"Whither General Motors? I want to know but, frankly, my crystal ball is a bit hazy these days. Is that US$25 billion loan guarantee provision sufficient to keep GM afloat?"

No. They would have to receive all the $25 billion (it will be split with Ford and Chrysler), and even if they did get it all, it would only reduce their Altman Z-Score to -0.96. Reorganization via bankruptcy is in their future.

But wait, that's not all! Ironman also responded to a question of whether the government would be obligated to continue bailing out GM to preserve the company's excessively generous pensions:

"However, if the company fails, would not the politics dictate that the US government intervene to save pensions and so forth?"

Not necessarily. Remember that GM offered pension buyouts to all its long term production workers back in February 2008. By the end of June 2008, some 35,000 of the 74,000 eligible direct GM employees took the offer. The pensions for those employees no longer factor into the company's equations.

Also recall that per the newest contract between GM and UAW, the pensions for all new employees (and many of the current employees) are now based on a defined-contribution pension plan, which do not have funding risk that the older defined-benefit type pension plans do. As such, there's not much risk to pensions, so I wouldn't anticipate government action on that count.

For myself, I'd prefer to see a serious restructuring that doesn't involve bankruptcy proceedings - the moves they've taken would pay off in a more normal business environment. Given the circumstances of today's less-than-normal market for U.S. automakers, I just don't think that's in the cards for GM.

And that was before the bottom really dropped out of the new vehicle market!

So, why do we bring all this back up today? GM was a major beneficiary of the recent so-called "stimulus package" recently signed into law, which turned the bailout money the company previously received into a tax-free gift from the U.S. taxpayers. Also, neither the company's management nor the bosses of its labor unions are seriously addressing its much needed financial and organizational restructuring, both parties hoping instead that their demands for new taxpayer gifts provided by a blindly-spending Congress and President intended to keep the company afloat will let them keep kicking that can down the road indefinitely.

That rent-seeking process by the company and its politically influential unions needs to stop. As the perfect T-shirt for our time says, "Suck it up Princess." Bankruptcy is your future. The sooner you princesses in the auto industry face it, the better.

* In the interest of full disclosure, we should probably reveal that Ironman did, in fact, previously work in the auto industry. Ironman is also either formerly or currently, and quite possibly, simultaneously employed as some kind of web developer, researcher, business analyst, rocket scientist, editor and quite possibly, a teacher of some kind or another. The scary thing is that's not even close to being a full list of Ironman's professions and we should potentially acknowledge that Ironman may or may not be one person. We'll leave it to our readers to sort out which Ironman might behind any of the posts that do appear here or comments that appear elsewhere on the web!