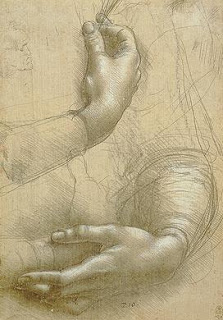 We're fans of irony. And you really have to have a fine appreciation for irony to really appreciate the context of two events occurring within 24 hours of one another.

This single action had an immediate impact upon the stock market as JP Morgan Chase is one of the largest companies by market capitalization in the S&P 500 index. As of 23 February, the percentage component weight of the company's stock within the index was 1.12%, which means that any change in its dividend payout that would affect its stock prices would have a very pronounced effect upon the market. And as we saw yesterday, it certainly did.

Now, here's where the irony comes into play. Today, the day after JP Morgan Chase's announced dividend cut precipitated a large drop in the value of the S&P 500, JP Morgan Chase analyst Thomas Lee announced that he expects the S&P 500 will rise by 8% in value in the short term:

Feb 24 (Reuters) - The S&P 500 index .SPX could rise as much as 8 percent in the near term, according to a JP Morgan Securities analyst who believes the recent sell off in the index owes more to a capitulation by investors than fears of nationalization of banks.

Analyst Thomas Lee set a "trading buy" rating and shot-term target of 800 on the index, with a stop-loss at 725.

Speaking of which, there hasn't been enough consideration of why JP Morgan Chase, which is considered to be one of the strongest banks today, cut its dividend by so much on 23 February 2009 (emphasis ours):

JPMorgan said its decision to lower its quarterly dividend to 5 cents per share from 38 cents will save $5 billion of common equity a year. It hopes the lowered payout will help it pay back the $25 billion of capital it got in October from the government's Troubled Asset Relief Program faster.

"Extraordinary times must call for extraordinary measures," Chief Executive Jamie Dimon said on a conference call. He said JPMorgan was "not asked by anybody" to cut the payout, but did so out of a "normal abundance of caution."

"I will accept a lower dividend if they are able to repay the government faster," said Chris Armbruster, senior analyst at Al Frank Asset Management in Laguna Beach, California, which owns JPMorgan shares. "The sooner they get out from that, the better."

This is nothing less than a major vote of no-confidence in the direction of the government's current efforts to bail out the financial sector of the U.S. economy.