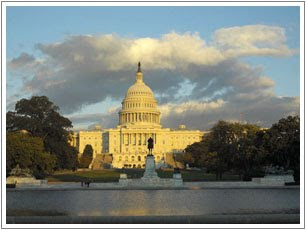 You might think that a government policy that delivers a cash subsidy to provide a benefit to an impoverished person or family to cover some essential expense is a good thing. After all, if they don't currently make enough money to pay for the thing themselves, then maybe the government should provide them with enough financial assistance to help them get it.

You might also think that it's only fair that someone who isn't as impoverished should get a smaller cash subsidy for the same benefit from the government. After all, if that individual or family makes more money than the really impoverished person or family does, then they can afford to pay a larger share of the full cost of the thing they're getting.

And if that person or family makes a lot of money, then it should also make sense to you that they shouldn't receive any benefit from the government to be able to get the same thing at all. After all, why should somebody who's easily able to pay the full price get a discount on the same thing that an impoverished family can only get with a large subsidy from the government?

Using that reasoning, who do you think is the worse off in that situation when it comes to obtaining the essential item? Is it the person or family that has a very low income, a middle-range income or that is really well off?

The answer is it depends. Specifically, it depends on how much benefit is lost as an individual or family's income rises.

You see, the government has two ways of really sticking it to people with taxes depending upon their income level: tax rates and the phaseout of benefits with a rising level of income.

The first is really straightforward - you directly see it when determining how much you have to pay in taxes. For instance, you probably have a very good idea of which income tax bracket you fall into because of your income level, because it's very easy to find out. It's stated explicitly.

But how much are you being taxed by being denied some or all of a benefit others receive due to their lower incomes because of your higher income level? And if you're moving up the income ladder, how much are you having to give up for your success because of these hidden, implicit taxes? That's not so easy to find out.

Until today. Our tool below will give you a basic idea of the implicit rate of taxation you might have to pay on account of earning a higher income. Just enter the indicated data and we'll work out what your implicit tax rate would be given the income-linked phase out of benefits you might receive if only you earned less money.

The default numbers in the tool above are taken from James Capretta's analysis of how the health care reform bill sponsored by Senator Max Baucus (D-MT), which was just approved by the Senate Finance Committee to go onto the next phase of the legislative process, will affect a hypothetical family of four in the year 2016, one at the poverty line, the other with an annual income double that. Here are his findings:

In the Baucus plan, a family of four at the poverty line (about $24,000 in 2016) would have pay to about $1,400 toward coverage, with the federal government paying the other $13,000 on their behalf. In addition, the government would also provide $3,500 to reduce the family’s deductible and co-payment costs for health services. Thus, the new entitlement provided by the Baucus bill would be worth a whopping $16,500 for a family at the poverty line.

As incomes rise, however, the Baucus bill cuts the value of the entitlement. A family with an income at twice the poverty line, or $48,000 in 2016, would get $9,072 in federal assistance for coverage — still a substantial sum. But it’s $7,400 less than the family would get if they earned half as much. The Baucus plan thus imposes an implicit marginal tax rate of about 30 percent ($7,400/$24,000) on wages earned by families in this income range.

And that would come on top of the high implicit taxes already built into current law. Low-wage families with children also get the Earned Income Tax Credit (EITC). The EITC boosts incomes for those with the very lowest wages, but it is also phased-out as incomes rise. Past a certain threshold (about $21,400 in 2016), the EITC is reduced by $0.21 for every additional $1 earned. Throw in the individual income tax rate (15 percent) and payroll taxes (7.65 percent), and the effective, implicit tax rate for workers between 100 and 200 percent of the federal poverty line would quickly approach 70 percent — not even counting food stamps and housing vouchers.

Going back to our original questions: "Who do you think is the worse off in that situation when it comes to obtaining the essential item? Is it the person or family that has a very low income, a middle-range income or that is really well off?"

The answer is still "it depends." Only now, we should point out that it's probably not who you originally thought. James Capretta concludes:

The more Obamacare is rushed through Congress, the more likely it is to produce highly regrettable unintended consequences. Surely even the Democrats in Congress can see how damaging it would be to send signals to low-wage breadwinners that it no longer makes sense to seek a higher-paying job.

Indeed. But then, that would require politicians to actually care about such consequences, instead of who knows what, as Senator Olympia Snowe (R-ME) reveals in her comment on why she voted in favor of Baucus' scheme: "when history calls, history calls."

We'll observe that there's nothing history loves more than unintended consequences. Except perhaps the folly of those who enable them.

Update 17 December 2009: Tweaked the layout of the data input table to make it more user-friendly. Also, for readers seeking to find the effective marginal tax rate for people affected by the income-linked phase out of government benefits, the result obtained using the tool above should be added to their corresponding marginal income tax rate. Finally, for readers seeking to project where the threshold for poverty has been set in the recent past or will be set in the near future, we have a specific app for that!