Did you know that real GDP in the U.S. grew at a 3.7% annualized rate of growth in the first quarter of 2010? Instead of the 2.7% inflation-adjusted rate of growth that was originally reported?

Neither did we, until we realized that the Bureau of Economic Analysis revised the inflation-adjusted GDP data going back to the first quarter of 2007 with the advance release of the new GDP data for the second quarter of 2010.

That means, of course, that we get to go back and revise our forecasts, since we incorporate data from recent history into our calculations. The chart below shows how things stand after we do: 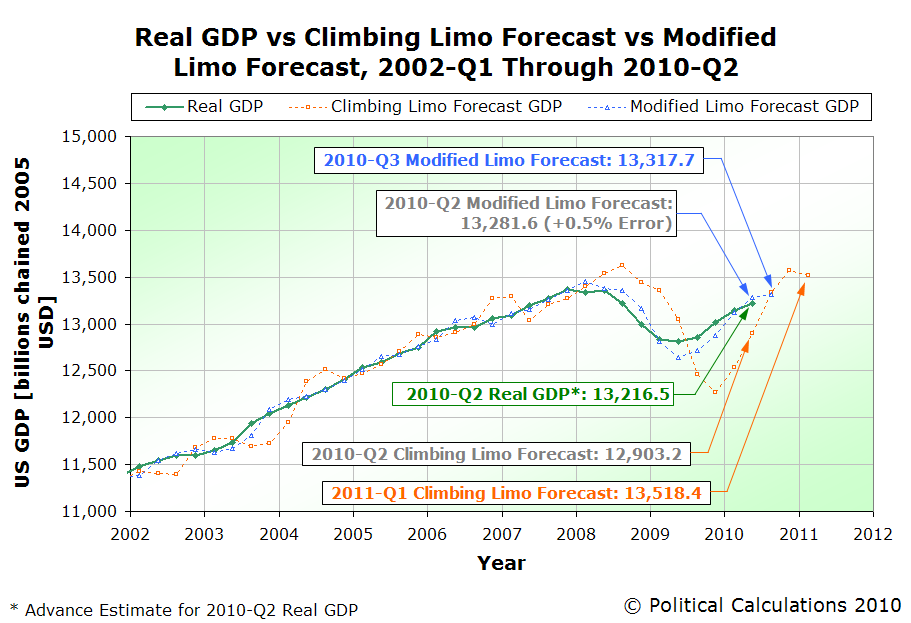 So, instead of missing the bullseye by 1.2%, with the newly revised data, our Modified Limo GDP forecasting method would only have missed the mark by 0.5% to the upside.

But then, that's only going by the advance release - the real target we're after is where GDP will be after the original data is revised for the second time in September 2010.

We've also updated our GDP temperature gauges in the right-hand margin to show the advance release data for the second quarter of 2010.