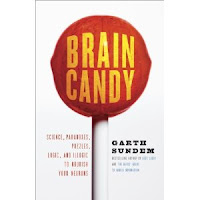 We weren't kidding when we said that Garth Sundem's new book, Brain Candy, would be likely to inspire new tools here at Political Calculations!

Our first venture takes us into the murky depths of your own morality where your task, if you dare, shall be to read the story below, then use our tool to rank the characters from the familiar tales of Sherwood Forest in order from the most to least moral.

When you've finalized your order, click the Calculate button and we'll tell you what you've just communicated about your views of morality and of male-female relationships

We'll also give you a pretty good idea of the percentage of people who have taken the same quiz have answered the same way you have!

The Sheriff of Nottingham has finally caught Robin Hood and Little John! Instead of killing them immediately, he makes the mistake of all storybook villains in simply stashing them in the dungeon. Despite their track record of heroics, there the two benevolent outlaws rot - until Maid Marian shows up pleading her love for Robin and begging for his release. Sure, says the Sheriff, if Marian will sleep with him.

She does. Robin and Little John are released. But when Maid Marian tells Robin the truth of how she earned their freedom, Robin dumps her faster than a leprous leech. Little John defends her behavior and offers his lifelong devotion if she will ride away from Sherwood with him forever.

She does. The end.

Quite the moral dilemma, eh? It's time for you to rank the players from our tale:

He offers these insights into what each character represents:

Robin Hood: He's your sense of absolute morality. Putting Robin first implies a degree of chauvinism and putting him last implies a whatever-it-takes view of morality.

Sheriff of Nottingham: You value truth above morality - and, if you ranked him high, may have a bit of the sulky child about you.

Maid Marian: You value strong women. Did you put Little John or Robin Hood second? If the latter, you might feel a bit guilty about your contentedness. If you put the Sheriff second, you likely know the location of the nearest leather-and-lace store.

And there you have it - a Rorschach test for determining which moral universe you call home!