The answer is illustrated below:

Update: Actually, the answer is more accurately illustrated here - the U.S. Treasury has revised the data which was used to create the chart below! 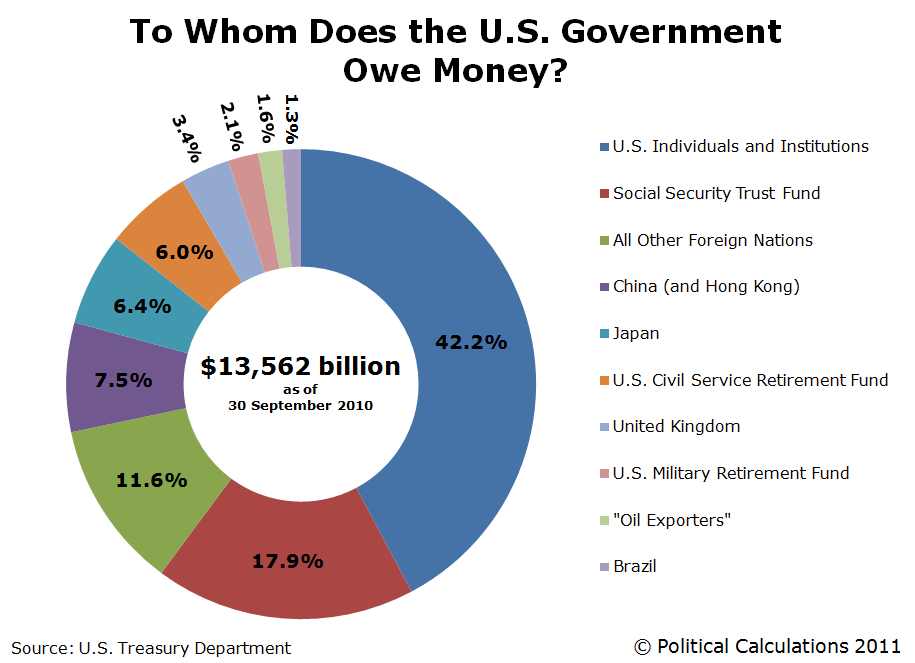 Despite that near half-trillion dollar increase, the percentage composition of who owns the U.S. national debt shown in the chart above is relatively unchanged. On the whole, U.S. individuals and institutions, when including the Social Security, U.S. Civil Service and Military trust funds own 62.2% of the U.S. national debt, while foreign nations own the remaining 37.8%.