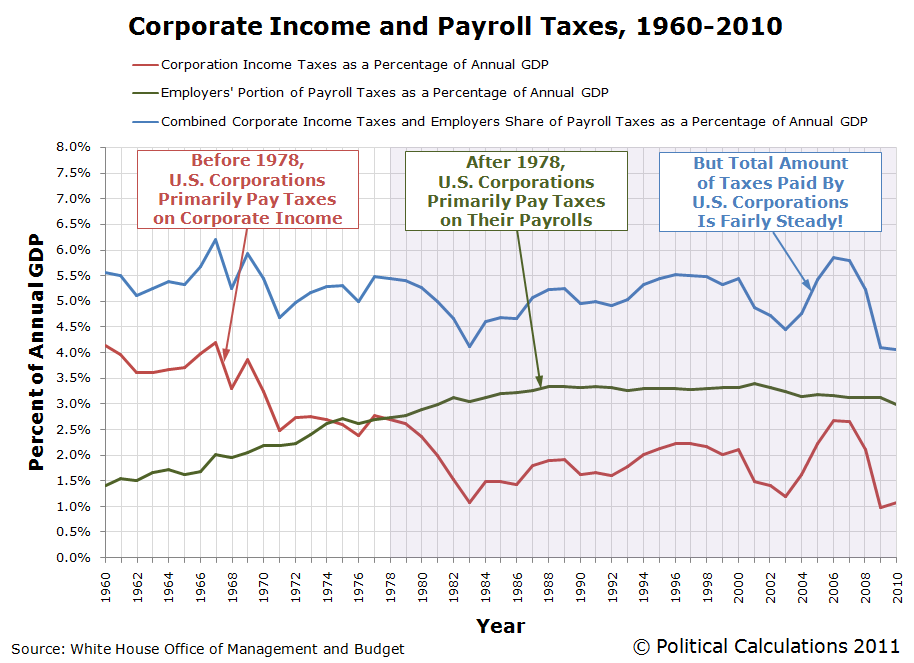 Despite these changes, the total amount that U.S. corporations and businesses pay in federal taxes as a percentage of annual GDP has been fairly steady through all that time, typically ranging between 4.5% and 5.5% of annual GDP, at least outside of the deep recessions or short-lived economic booms that have taken place since 1960.

Food for thought: For the years since 1978, what is the most significant outcome of that single change in how U.S. corporations pay the majority of their taxes?