Here at Political Calculations, we only get excited by the stock market if it moves more than 2% in a day. Because that size change means that something interesting is happening! 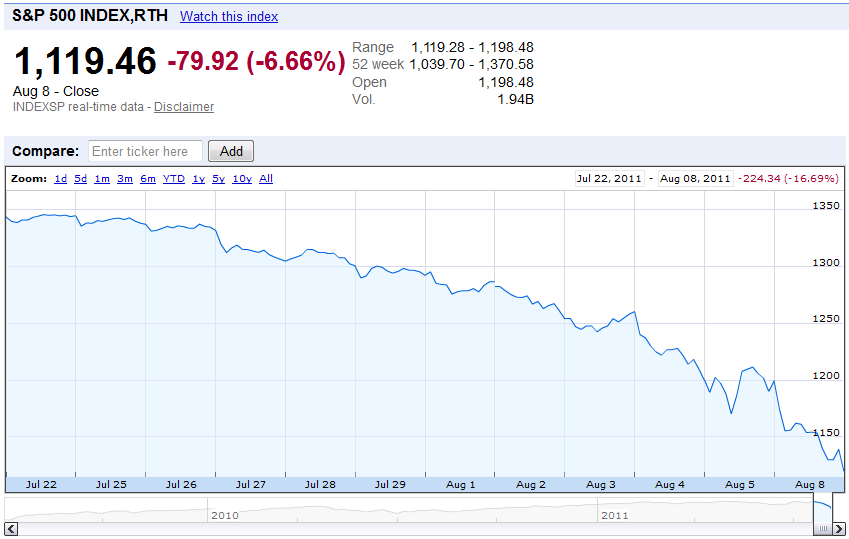 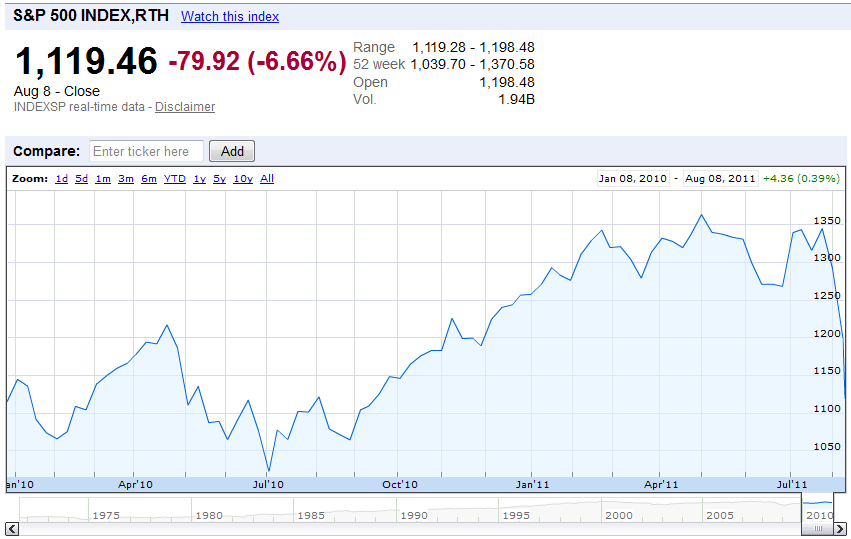 We selected this time scale because our chart showing the amount of trailing year cash dividends per share expected to paid out by companies listed as part of the S&P 500 is currently set up to show that data since 1 January 2010: 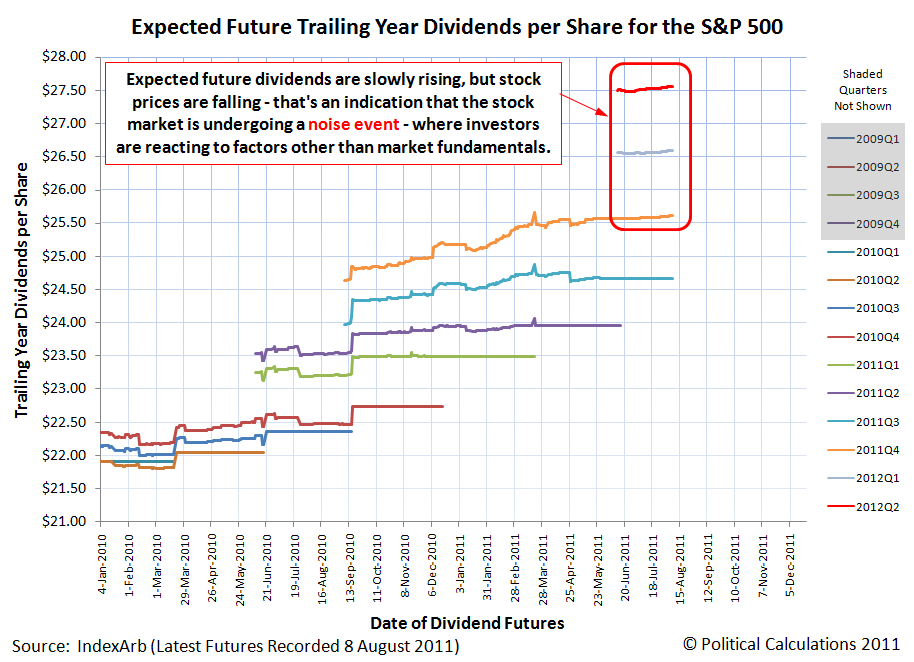 Notice how the expected trailing year dividends for the S&P 500 are generally trending upward? That's an indication that what we're seeing is what we would describe as being a "noise event" - where factors other than changes in the future expectations of income that investors might earn from owning or holding shares of stock affect the value of stock prices.

That's important to note because this is the exact opposite of what we saw when the bottom really dropped out of the stock market beginning in January 2008. There, we would see the change in the rate of growth of dividends per share fall in advance of a proportionate change in the rate of growth of stock prices. That we're not seeing any erosion in the expected future rate of dividends per share strongly suggests that this particular market correction is indeed a noise event. 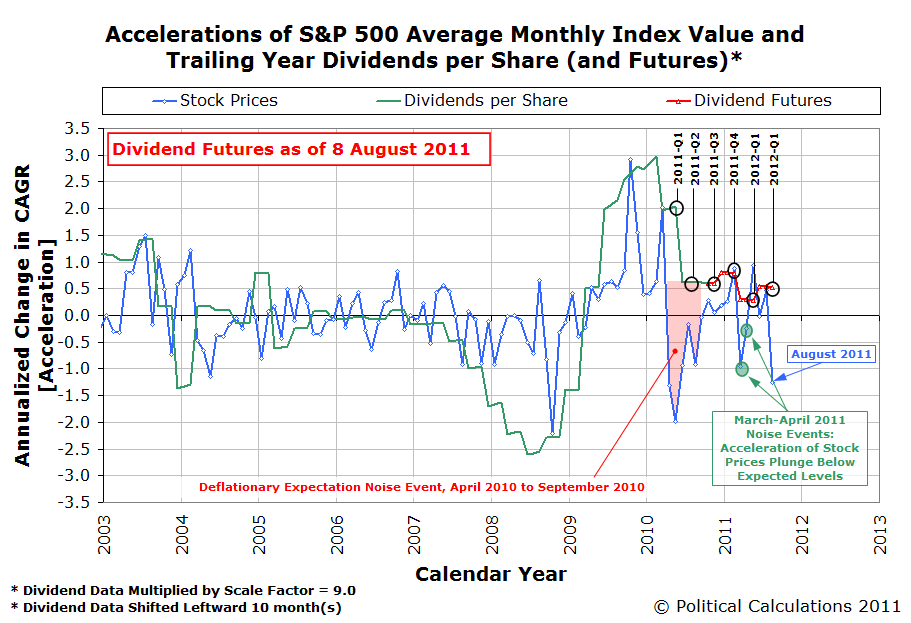 As a noise event, what we're seeing isn't quite yet on par with what we saw between April 2010 and September 2010, which was strongly influenced by a rise in deflationary expectations in the period between the Federal Reserve's first and second periods of quantitative easing 1.0 (aka "QE 1.0" and "QE 2.0").

Since QE 2.0 ended on 30 June 2011, on top of the realization that the economy was not performing anywhere near as well as had previously been thought, we would suggest that what's really affecting the market is a resurgence in deflationary expectations.

The good news is that all noise events end - it's just a matter of when. And when it does, we'll point to one other thing we've learned in studying the S&P 500 through each month of its history since January 1871 - the worse the fall, the better the investing opportunity that follows.

Note that we didn't say our investment strategy was for the faint of heart. Nor did we say when such a turnaround might happen. Right now, we're just enjoying the show because the market's actually doing something interesting!