With the United States having entered into microrecession in the first half of 2011, the next logical question to ask is whether that economic condition will turn into a full blown recession?

To find out, we applied our forward-looking GDP forecasting tool to project where GDP will likely be in the third quarter of 2011. The chart below illustrates our results: 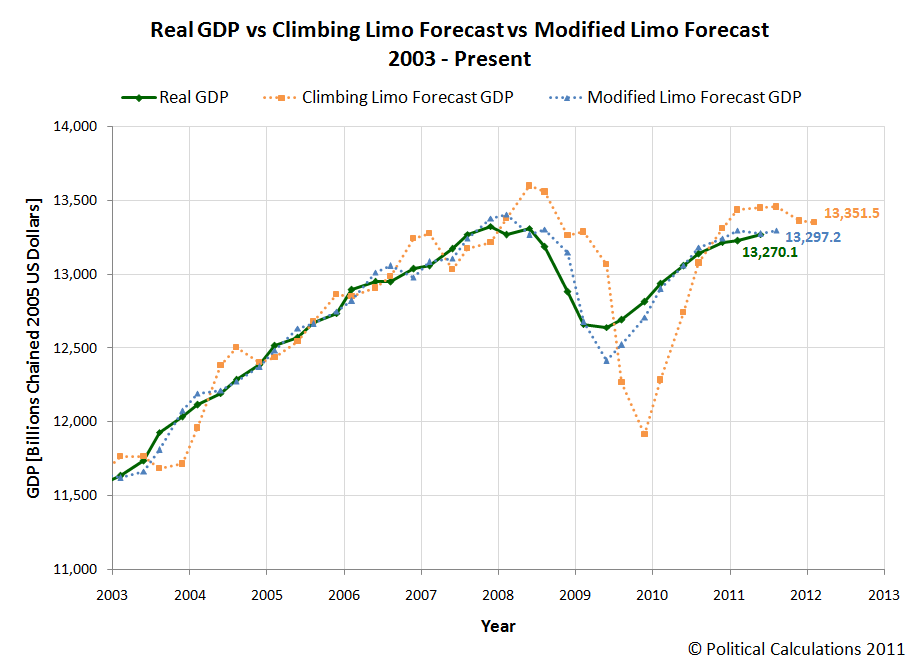 Using the advance estimate of inflation-adjusted GDP for the second quarter of 2011 ($13,270.1 billion in chained 2005 U.S. dollars), our "Modified Limo" forecasting method anticipates that real GDP will rise to be within 2% of $13.3 trillion in the third quarter of 2011.

As such, we don't expect that the current microrecession will grow to become a full blown recession at this time.