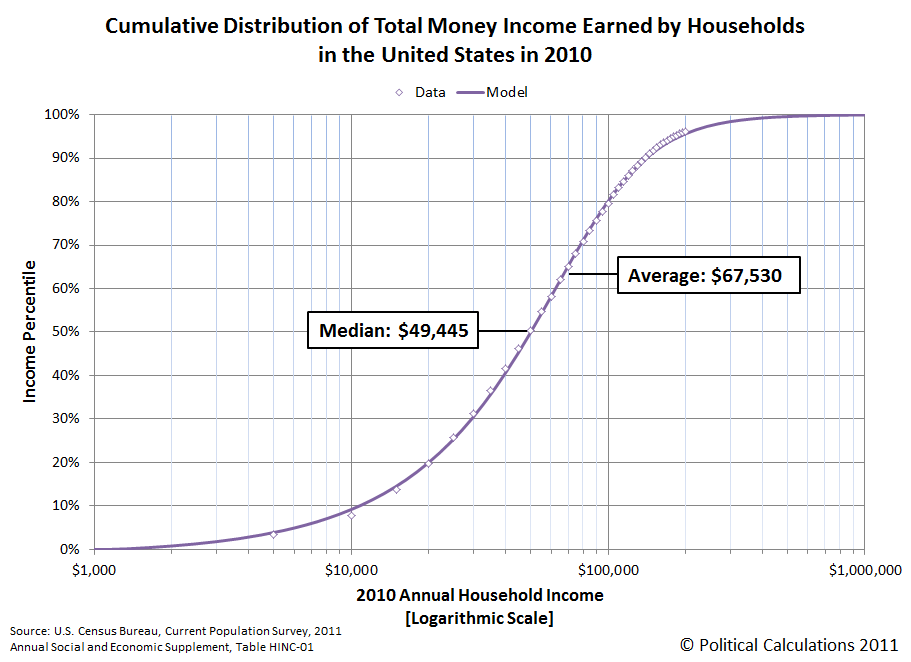 As we did with the individual distribution of income for 2010, we've built a tool you can use to see where you might fall in percentile terms among all U.S. households where your household income is concerned.

Finally, here is our chart showing the cumulative distribution of income among all U.S. households with the number of households.

Update 15 September 2011: We've retitled the chart and relabeled the vertical axis to better clarify what data is being shown in the chart below - the original version is still available by clicking here: 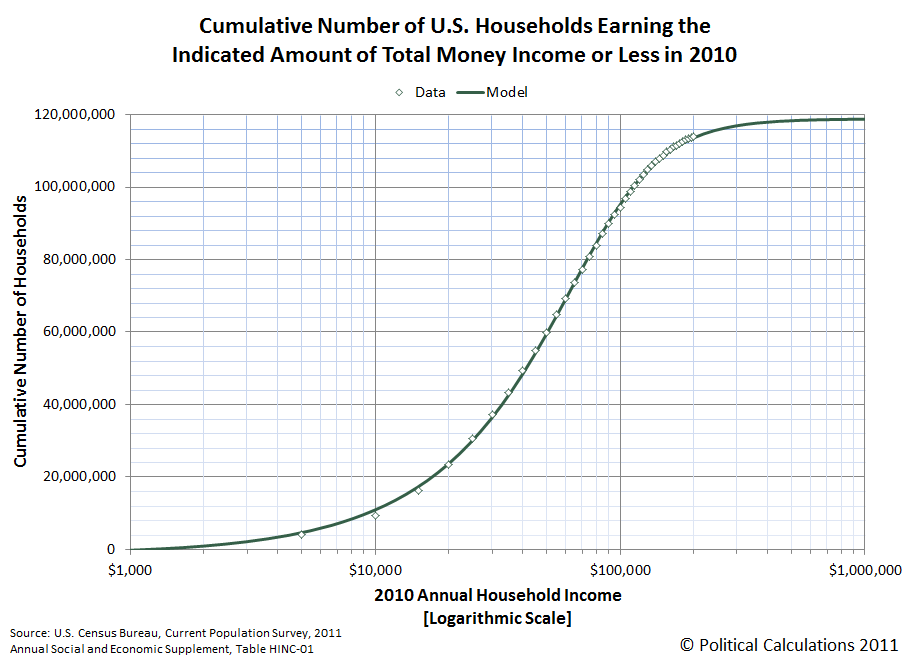