Nobody can predict where stock prices will go next, can they? Especially given the volatility of stock prices, especially in today's market, where the market can swing by more than 3% in any given day, right?

It's just not possible, is it?

To really find out, we ran a two-year long experiment, from April 2009 through April 2011, to see if we could forecast the average value of stock prices for a month at the end of the previous month. Here were our final results: 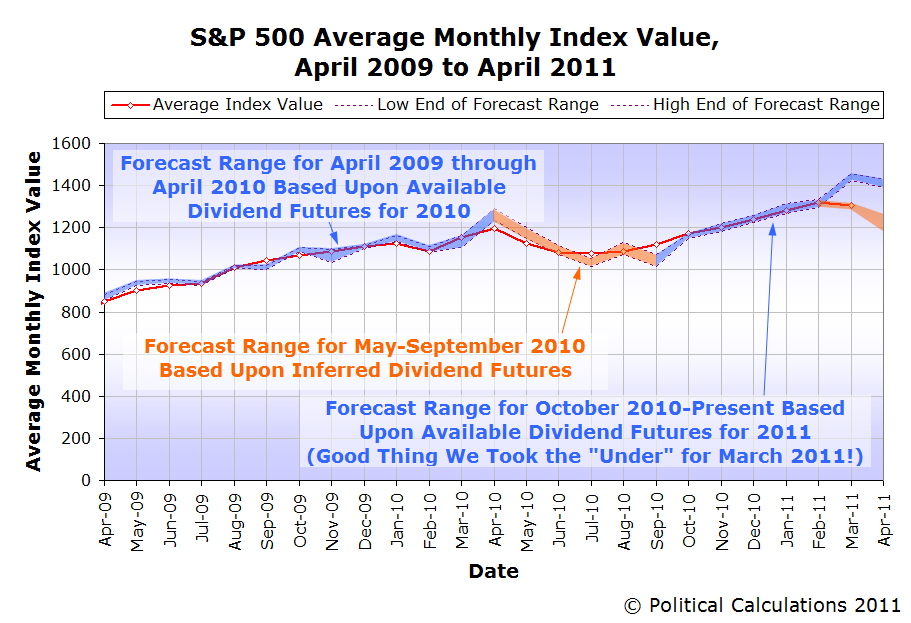 As you can see, we offered a split final forecast option for April 2011. Here's what we believed would happen instead:

What we believe is likely is that stock prices will track upward from the average level of 1304 they recorded in March 2011 toward the 1393-1429 level our primary method would forecast as the noise currently in the market subsides.

We took the next several months off from offering public forecasts of where the S&P 500 would head next, but by 26 September 2011, we couldn't resist any more, and posted the following chart, which presents a graphical prediction that happens to cover the period through the end of 2011: 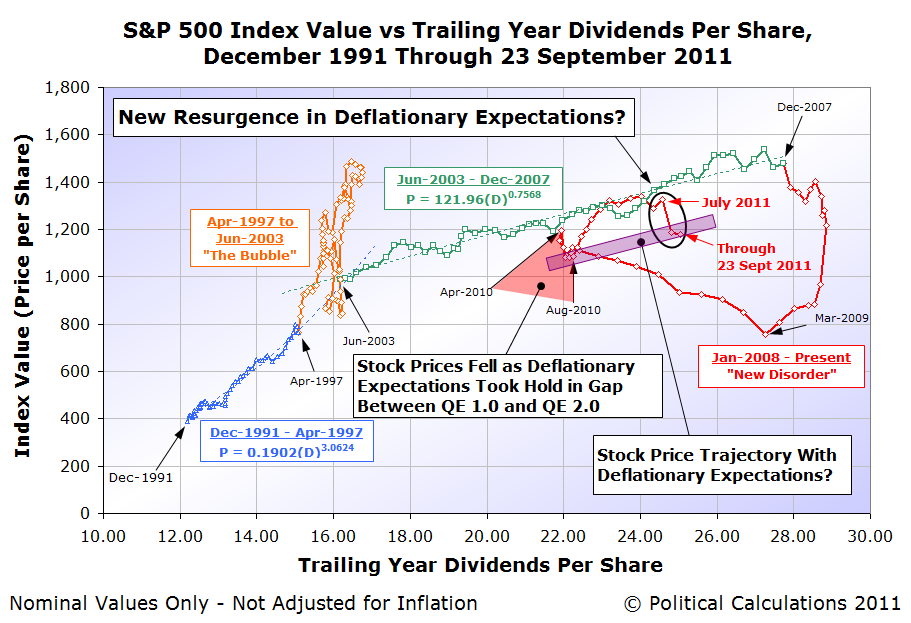 And here's what the updated chart looks like, through the end of 16 December 2011: 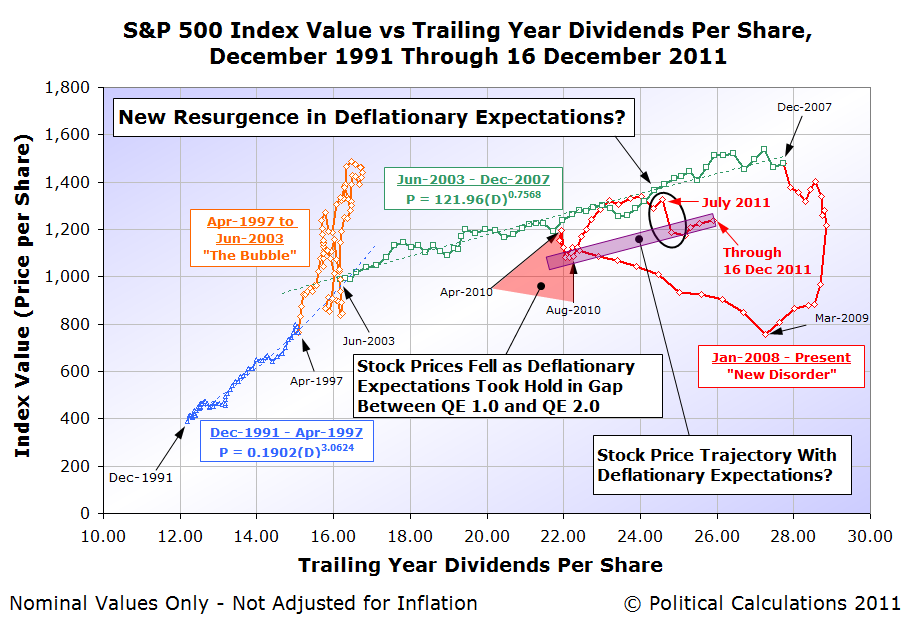 What can we say? We're still in the zone! And that concludes, for real this time, our public experiment in forecasting the future for the S&P 500!