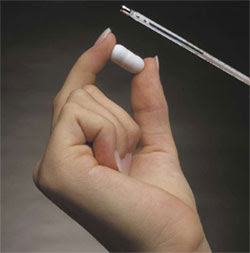 Here, the percentage that individuals must pay in their taxes that support Social Security was maintained at 4.2% through the end of February 2012, after which, the rate is set to rise back up to the 6.2% level it had been for the two decades from 1990 through 2010.

With President Obama's State of the Union address scheduled for tonight, there is little doubt that he will seek to extend the payroll tax cut through the end of the year, which will have to be supported by increased deficit spending in order to pay out benefits to today's SOcial Security recipients, which will increase the national debt as the program is set to continue running more deeply in the red.

Given the political damage from the collapse of the Republican's political strategy in December 2011, it seems unlikely that the party's senior leaders will seek to oppose the President's payroll tax cut again. They might be able to get some traction by letting the payroll tax cut expire by cutting federal income (and withholding tax) rates, however that would depend upon the President and Senate Democrats to go along, which seems even more unlikely given their late-year political victory.

If that outcome is not really possible then, perhaps the best strategy that congressional Republicans might follow would be to allow the President and Senate Democrats to have another small victory, but one that would cost them dearly in the November 2012 elections.

It's often said that "people vote their pocketbooks", meaning that economic conditions have a lot to do with the choices people make at the ballot box. For example, if conditions are stable, good, or improving, then it would be more likely that incumbent politicians, such as the President and many Senate Democrats, will hold onto the offices that they hold so dear.

But if conditions are bad or worsening, then they would be more likely to be voted out of office.

The trick then would be to give them the bill they want, but with one key addition - a "poison pill" that they cannot resist ingesting, one that seems like a good idea to them, but that would have the effect of sealing their fate through the damage it might cause to the economy.

To that end, we would suggest raising the federal minimum wage in the U.S. to $8.00 per hour, with the increase taking effect in April 2012. 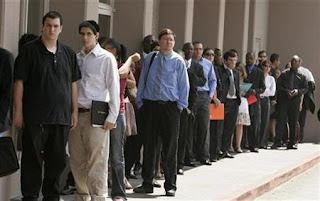 Even with a growing economy, the amount of that increase would enough to decrease the number of jobs that might otherwise exist in the U.S. economy by roughly 300,000. Since it takes roughly six months for the full effect of a change in the minimum wage to take hold in the economy, that would put the greatest job loss in October 2012, just ahead of the 6 November 2012 election.

Better still, the action would not leave any real political fingerprints, as the reduction in jobs would mostly be in the form of jobs not being created, where the most affected would be teens and young adults, who can have their unemployment more easily concealed since their attendance at school would keep them from being counted as being part of the U.S. workforce.

It's an intriguing idea. And it's very unlikely that the President and Senate Democrats would even consider resisting it, given their beliefs! We wonder if any U.S. politicians have ever tried doing it before....