The stock market's forward looking economic prediction for the next six to nine months of 2012, in one picture: 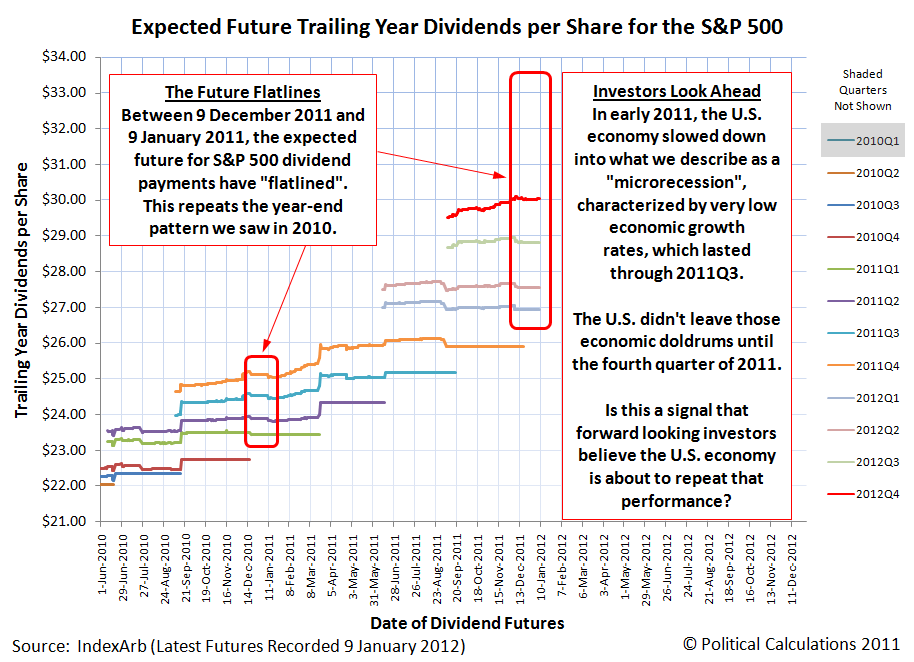 Between 9 December 2011 and 9 January 2011, the expected future for S&P 500 dividend payments have essentially "flatlined". This repeats the year-end pattern we saw in 2010.

In early 2011, the U.S. economy slowed down into what we describe as a "microrecession", characterized by very low economic growth rates, which lasted through 2011Q3.

The U.S. didn't leave those economic doldrums until the fourth quarter of 2011.

Is this a signal that forward looking investors believe the U.S. economy is about to repeat that performance?