We've been playing with the BEA's state-level GDP data to see how tough it would be to tease out a pretty good approximation of each state's quarterly GDP.

That doesn't sound very impressive until you find out that the BEA only records the state GDP data annually, and not by the quarter, like it does for the U.S.' national GDP data.

The reason why we're interested is to be better able to dig deeper to be better able to identify economically-distressed states within the U.S. Speaking of which, we're presenting the charts we developed for the state of California, which by all accounts, hasn't doing very well in recent years.

Here, we're showing the period from 1992 through 2010, which corresponds to the most recently available data posted by the BEA for the state level data - the data for 2011 won't be available until 1 June 2012.

First up - here's an area chart showing how much of the U.S. economy has been represented by California in for every quarter from 1992 through 2010: 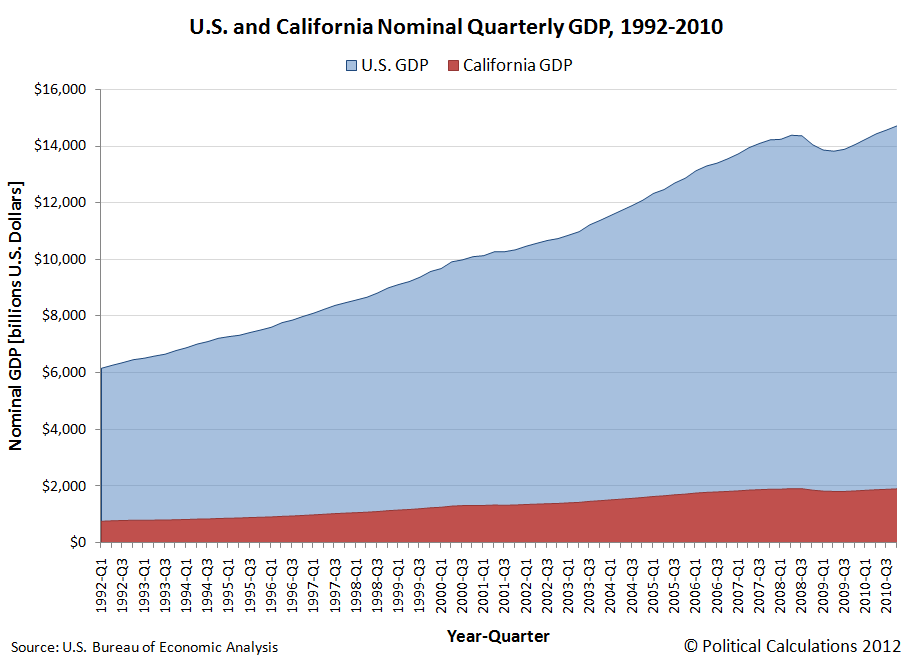 During this period, California's economy has ranged from being 12 to 13.5% of the U.S. economy. Next, we estimated the annualized nominal growth rates recorded in each quarter from 1992-Q1 through 2010-Q4 for California and for all other states in the U.S.: 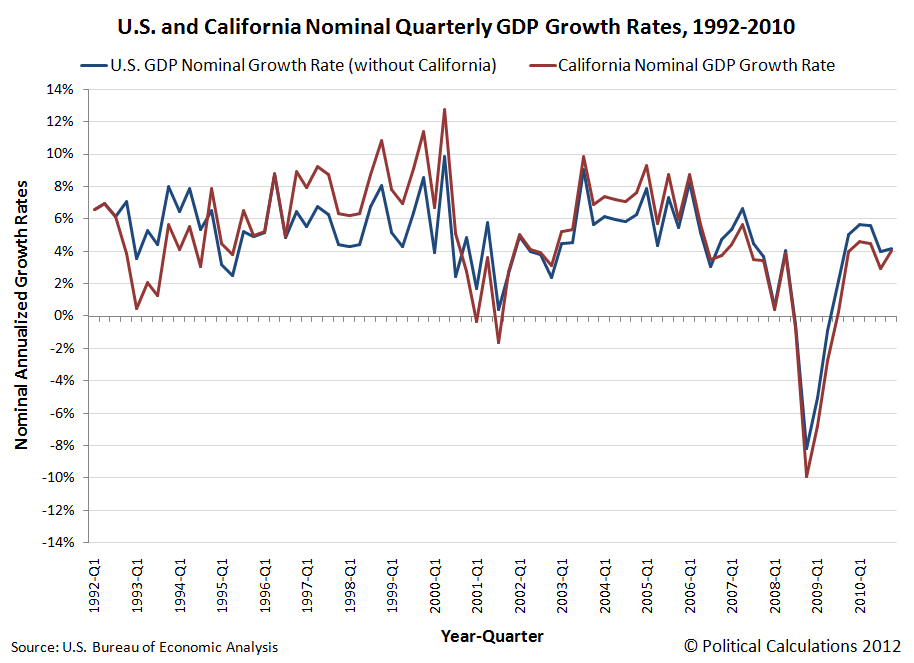 Then we got real! Or rather, we adjusted each quarter's growth rate for both California and the rest of the United States by their respective rates of inflation (for California, we used the average rate of inflation recorded for the Los Angeles and San Francisco metropolitan areas during this time). We've also emphasized a number of economic periods of interest on the chart: 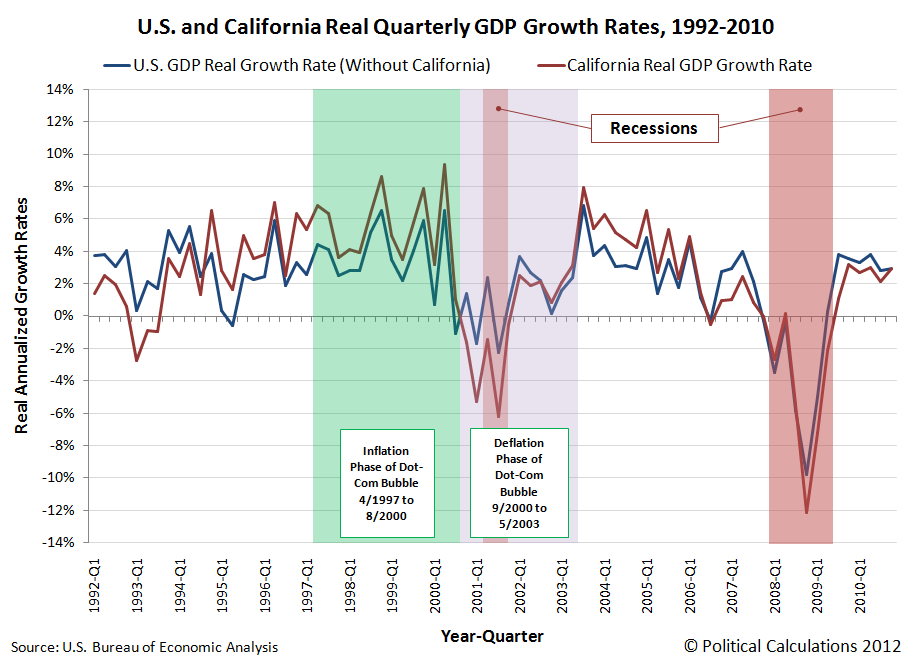 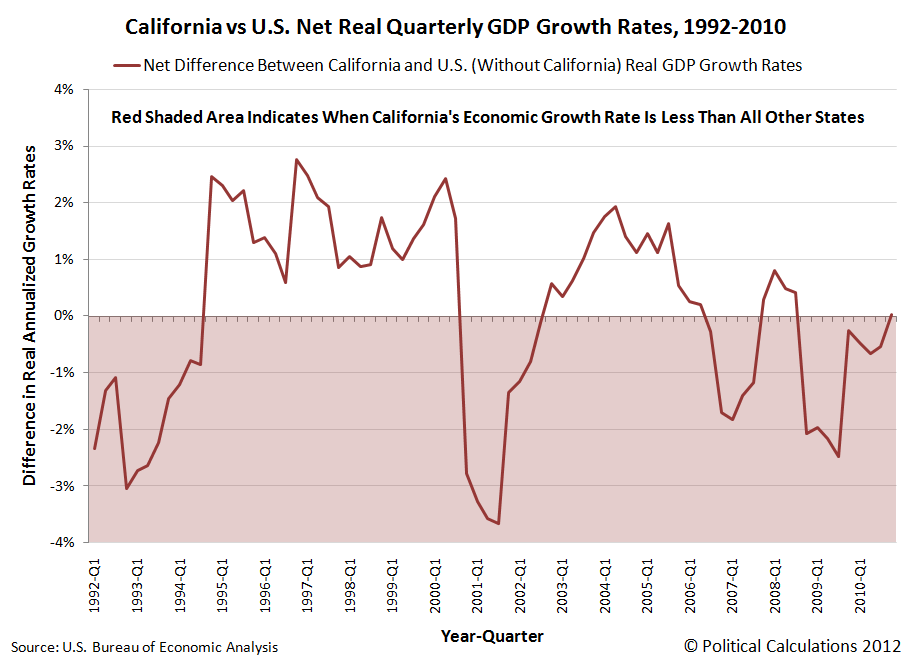 In this final chart, we see that except for a very brief period of time in which its economic growth was falling, but not as fast as in the rest of the U.S., California's economy has been somewhat of a drag on the U.S. economy since the third and really the fourth quarter of 2006 through at least the end of 2010.

We'll close by observing that fixing whatever might be wrong with California's economy will go a long way to improving the economic health of the entire United States.