Since the U.S. Bureau of Economic Analysis revised the data we use to project future GDP for the U.S., we're updating our forecast accordingly from what we had previously posted: 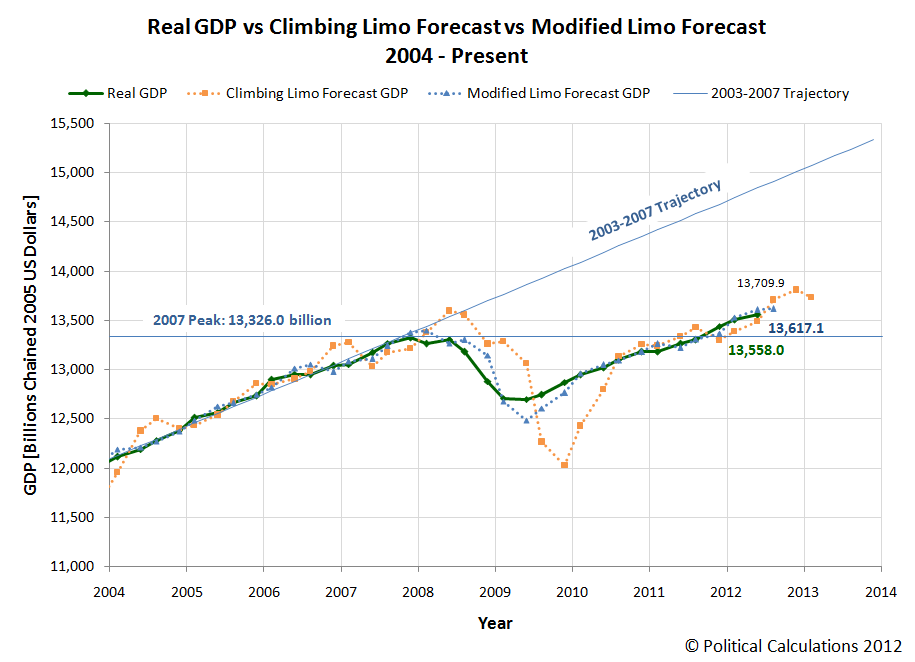 All-in-all, that suggests a pretty lackluster GDP growth rate is in store for the third quarter of 2012.