First, the good news! After several months of pacing near recessionary levels, the value of U.S. exports to China kicked up to double digit levels in May and June of 2012. That increase suggests that China's economy is growing more strongly for the first time since that nation effectively entered into recession in December 2011. 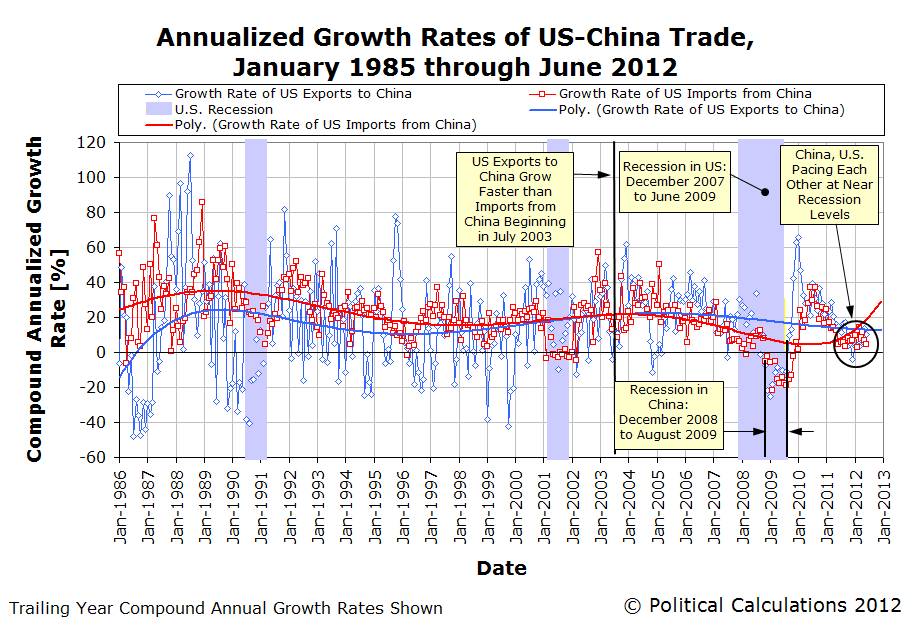 The bad news is that the U.S. economy weakened in both May and June 2012, with the value of U.S. imports from China falling back to the single-digit levels that are consistent with near-recessionary conditions, as once again, international trade data confirms the scenario we first forecast more than a year ago.

We continue to anticipate that this will be a short-lived condition as the U.S. economy is likely to grow more strongly in the third quarter of 2012 before falling back toward those near-recessionary levels later in the year. At least, if the expected level of future quarterly cash dividend payments for the S&P 500 is any indication (and yes, they are!) 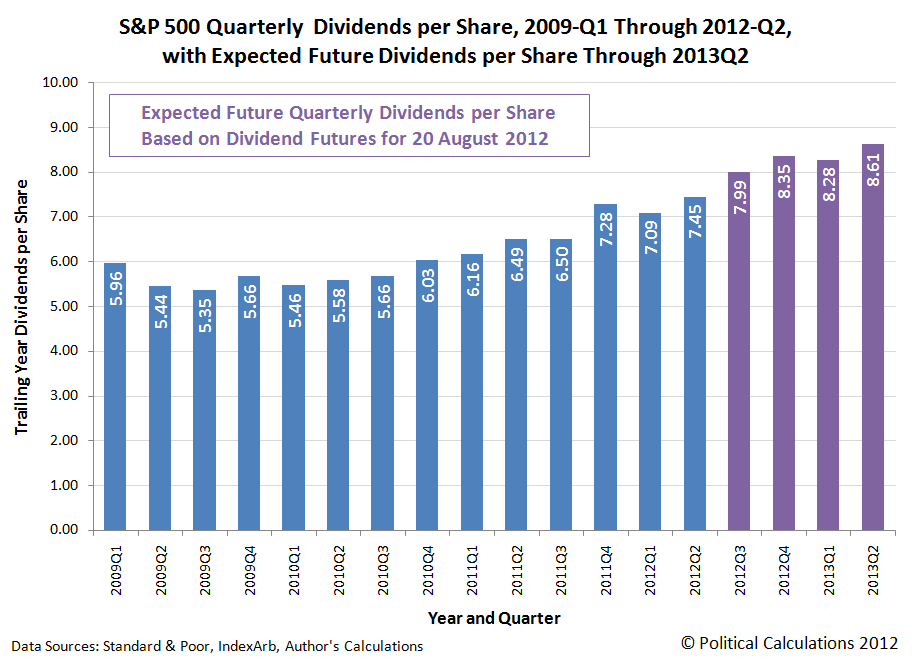 And now you know what to expect through the rest of this year!