After showing how only the reduction in the U.S. labor force participation rate has resulted in a lower unemployment rate last week, a number of commenters requested that we follow up and show how the minimum wage might factor into the situation. 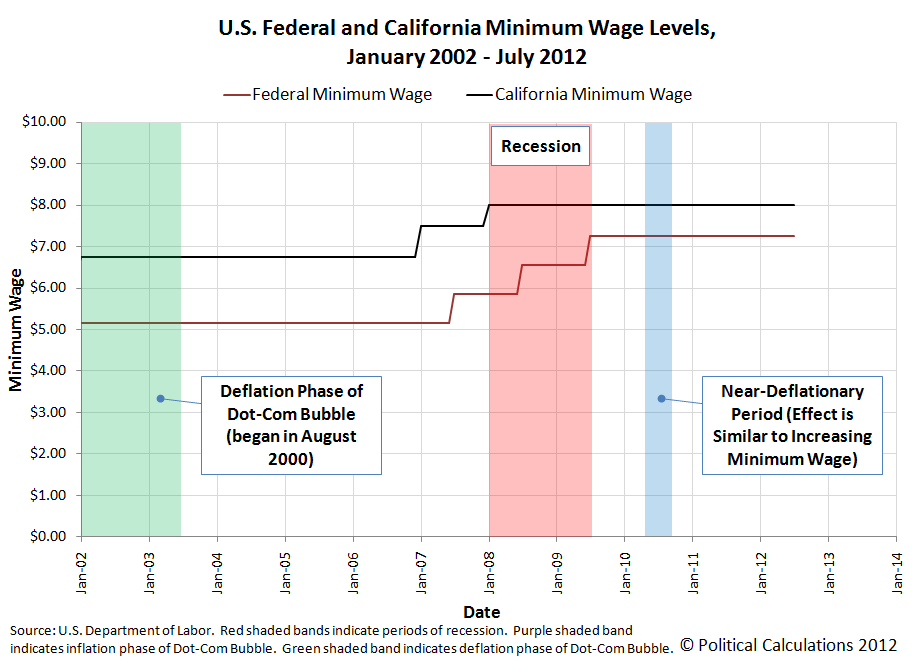 In the charts we're presenting today, we're indicating the deflation phase of the Dot-Com Bubble with the green shaded vertical band on the chart, official recession periods with the red shaded vertical band, and a period of time in which the U.S. was undergoing near-deflationary levels with the blue-shaded bands. Because deflation operates oppositely to inflation, it can result in effectively increasing the minimum wage while it reigns, even though there has been no actual change in the mandated minimum wage level.

Next, we looked at the labor force participation rate for the entire working age population (Age 16+) for the United States: 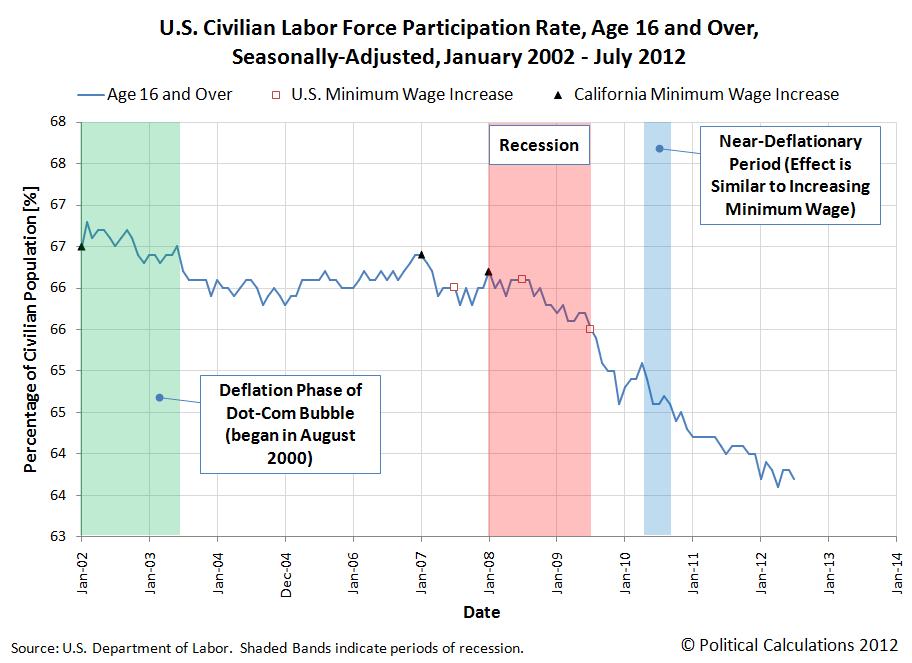 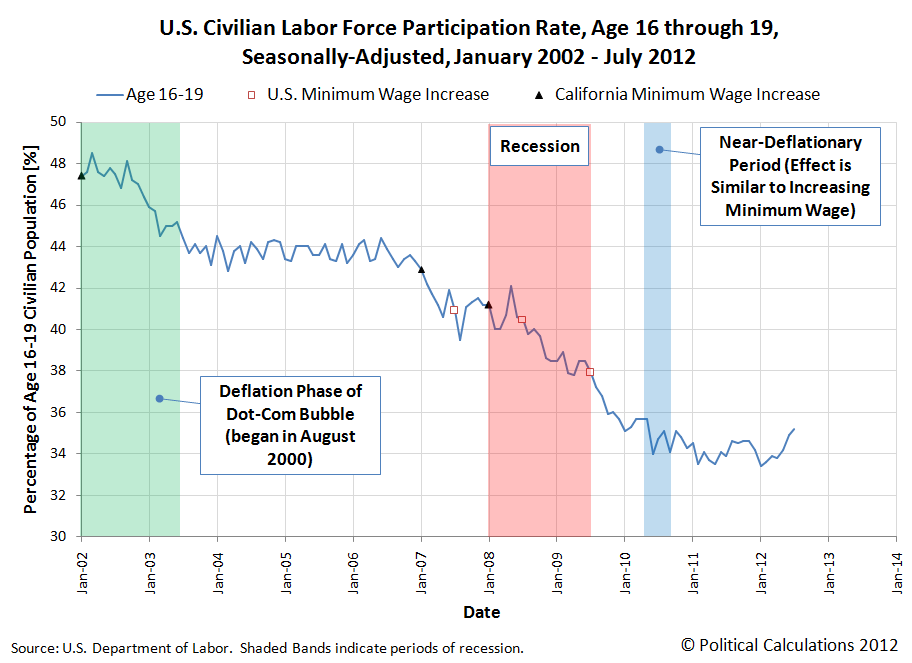 Judge for yourself whether a causal relationship might exist between when a minimum wage increase occurs and when declines in the labor force participation rate take place.

[1] The choice of dates is arbitrary, and in this case, chosen by the Bureau of Labor Statistics data jocks, who have the default starting and ending years for their online database for the Current Population Survey set at 2002 and 2012 respectively. If you don't like it, well, go to their site and select your own dates to get the data to make your own charts.