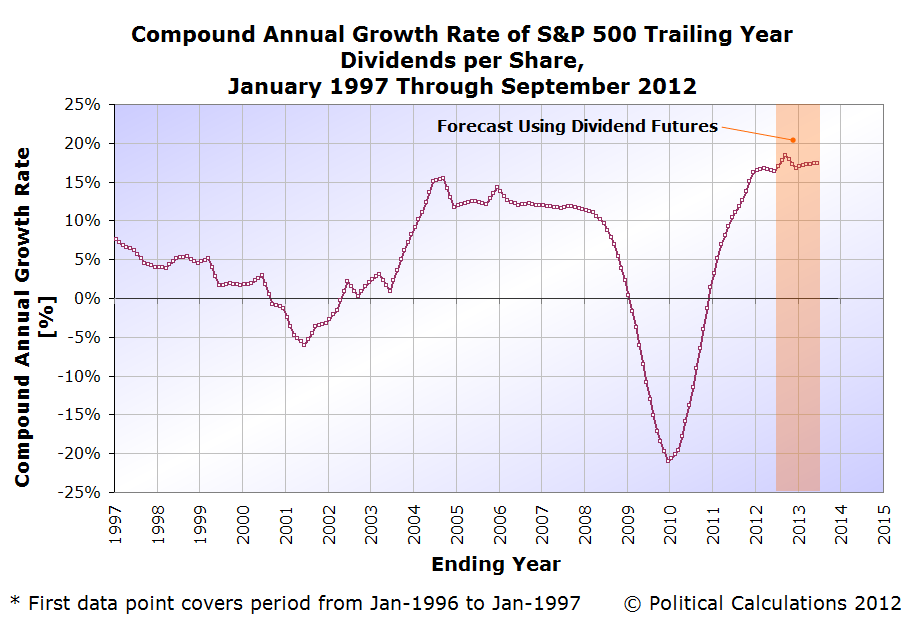 Looking at the trailing year data, there seems little to be concerned about for 2013, however that might change rapidly should the the currently expected lackluster quarterly dividend growth for 2013 continue much longer.

Next, let's look at the year-over-year growth rate of stock prices over the same period of time: 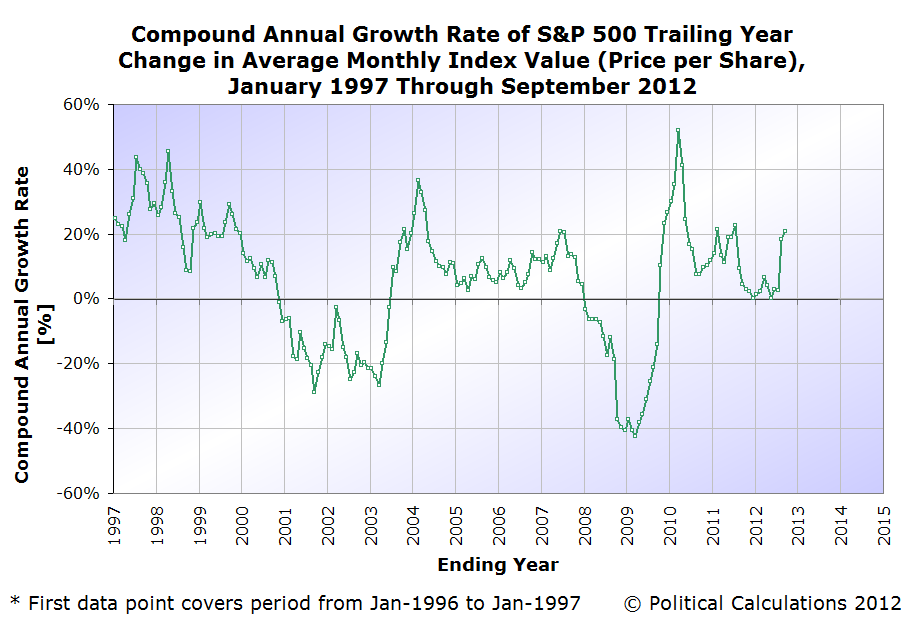 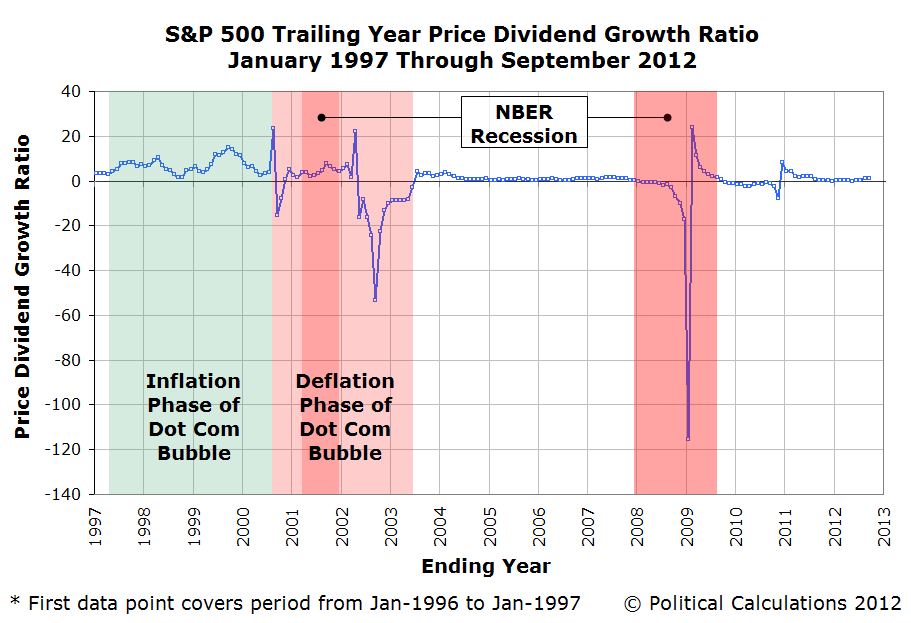 The reason this chart is a bonus is because we've found that the price dividend growth ratio is a key measure of the level of distress in the stock market (or the economy) at any given time. In fact, whenever the ratio spikes (hits a relative peak), we can expect stock prices will trough (hit a relative bottom) within a two month long window of the spike some 81.1% of the time (it's basically a given for a three month long window of time). Or at least that's what's happened according to the all the data we have going back to January 1871!

Make of this what you will: At present, the price dividend growth rate ratio is rising....