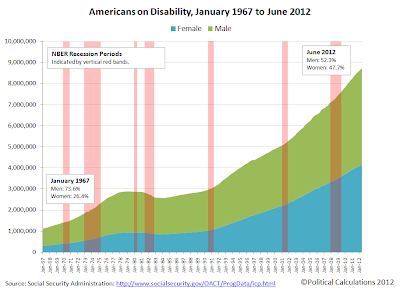 Today, we're going to demonstrate that the policies of multiple agencies of the U.S. federal government are responsible for enabling criminal disability fraud in the United States, with the cost of the fraud accelerating the pending insolvency of Social Security's Disability Insurance Trust Fund, which will put the program's legitimate beneficiaries at high risk of having their benefits cut after the fund has been exhausted.

Current projections indicate that the Social Security trust fund for disability will be fully depleted in 2016, just four years from the present. The projections from the previous year had indicated that would not happen until 2018. The large shift in the timing of the projected trust fund depletion toward the present in just a year's time indicates a strongly deteriorating fiscal situation for the government "safety net" program. 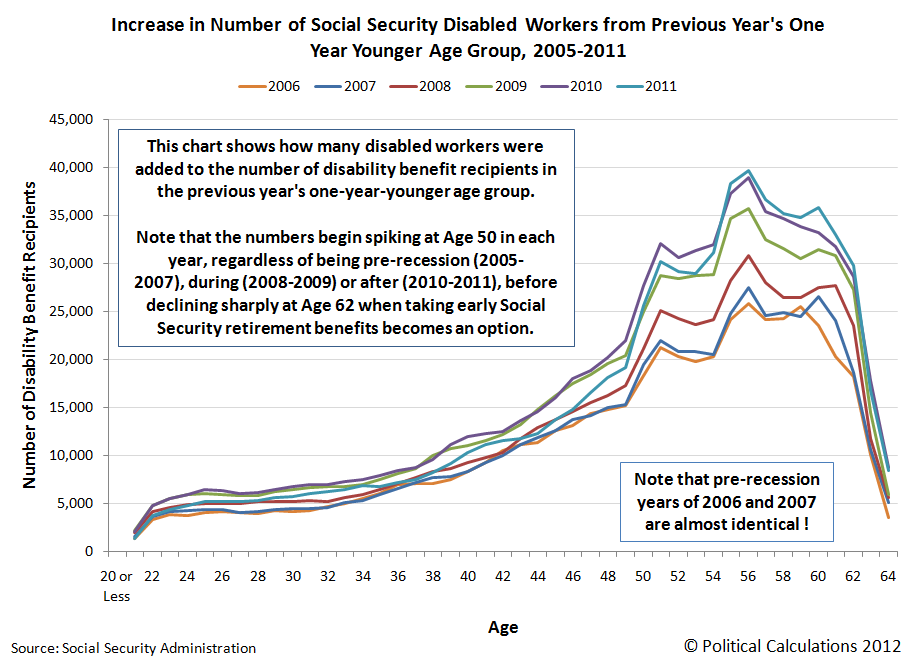 We observe the likely greater incidence of disability fraud as we more closely examine the surge in the number of Social Security disability beneficiaries in the years since 2007, which coincide with the Great Recession. Here, we found that approximately 695,000 more individuals have been added to the nation's government disability rolls during this time than the level that would be consistent with those of pre-Great Recession years. 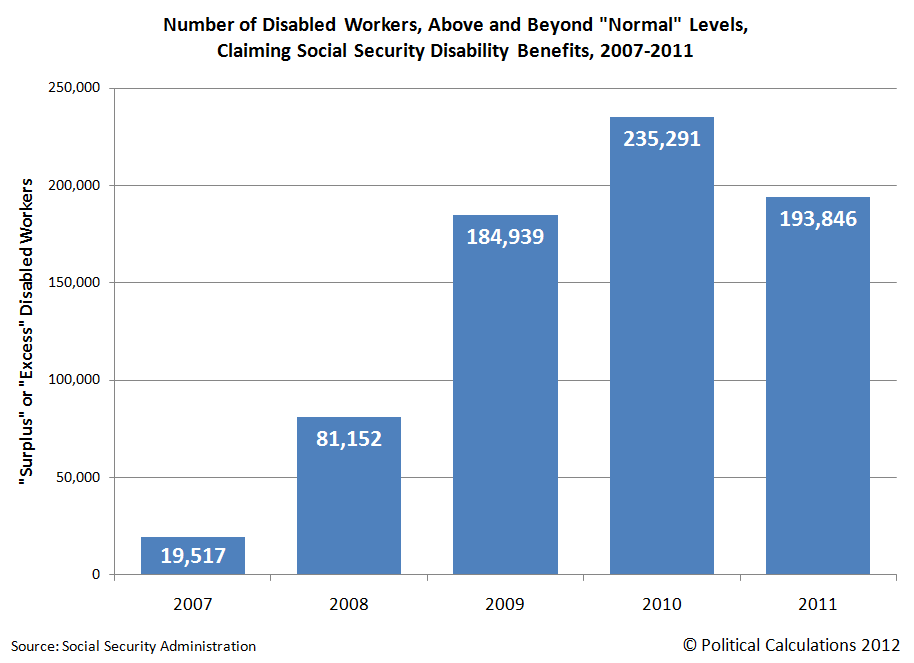 As many as 117,000 Americans simultaneously collect unemployment benefits and federal disability each year, a form of double-dipping that investigators say costs taxpayers $850 million annually and should be ended.

To understand why such "double-dipping" constitutes fraud, please note the following general requirements for each program:

While there can be some small overlap in the detailed eligibility requirements for these programs that would legitimately allow a handful of individuals to receive benefits from both simultaneously, the vast majority of individuals currently receiving both unemployment insurance benefit payments and disability insurance payments do not fall within that narrow category and are therefore committing acts of fraud. In general, legitimate beneficiaries of these social safety net programs can draw funds from one program, or the other, but not both at the same time.

That multiple government agencies are involved in enabling this form of fraud is confirmed because the U.S. Department of Labor is responsible for administering the unemployment insurance program, while the Social Security Administration administers the Disability Insurance program. But worse than that is the reason why the fraud has been allowed to continue:

The reason for the double-spending, investigators at the Government Accountability Office reported this week, is good old-fashioned lack of communication.

It would seem that the bureaucrats and politicians who are responsible for overseeing these programs learned nothing from the failure of government agencies to share information among themselves that enabled the criminal terrorist murders of 2,996 Americans on 11 September 2001 to proceed unchallenged.

This time however, the Government Accountability Office's report indicates that the annual savings that might be realized by ending this kind of fraud adds up to $850 million.

That's a savings of roughly 1 dollar out of each $1400 that is currently projected to be consumed in the nation's projected deficit of 1.21 trillion dollars for 2012! And it would be painless, because the people who are honestly playing by the rules would not be affected!

This is exactly the sort of thing that should be a no-brainer for a fiscally responsible politician - it's as close to low-hanging fruit as there is to be found anywhere in the U.S. federal government's budget. We wonder if any political candidate will rise to the occasion of acting to end the government's practices and policies that enable such costly fraud.