Earlier this year, we began taking snapshots of S&P's forecast trailing twelve month earnings per share for the S&P 500 at roughly three month intervals. Our chart below shows how the expected future for earnings has changed over time: 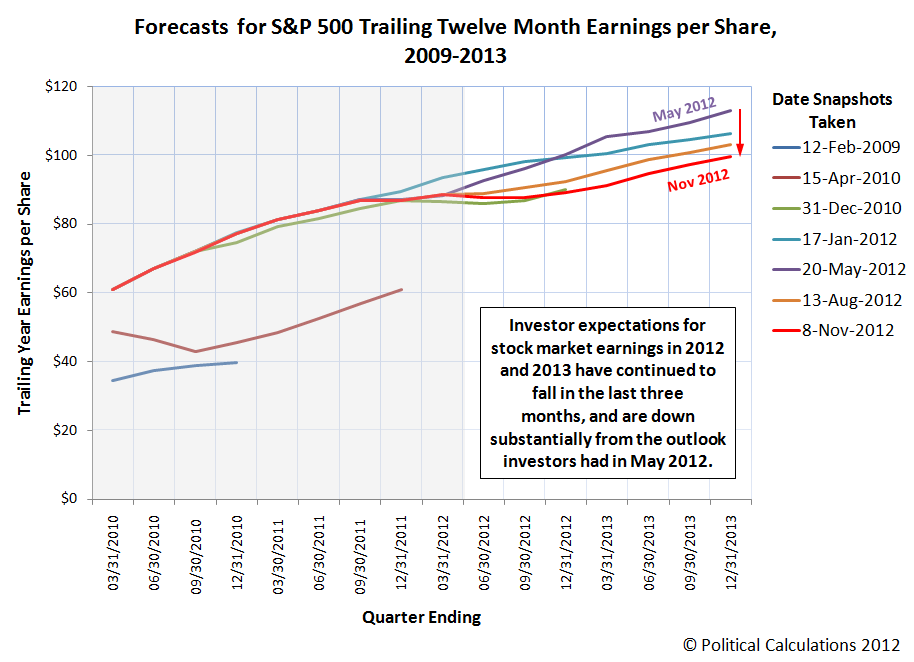 Since our last snapshot in August 2012, the outlook for the expected amount of S&P 500 company earnings has continued to decline, although not as much as the decline from May to August.

Looking at the overlap of historic data and old forecasts, we see that the future vision of investors in December 2010 looking forward to the end of 2012 appears to closely match how things have actually played out over time.

We find that interesting because we would have expected more recent snapshots of the forecast earnings for the S&P 500 to more closely match the actual results than that much older forecast.

The continuing moral of the story: future earnings projections are not necessarily very good indications of actual future earnings. It's simply a good thing that changes in earnings expectations have so little effect upon stock prices or they would be way more volatile!

The previous snapshots we've taken of the way the future looked to investors for the S&P 500 at different points of time are presented in reverse chronological order below: