It's Thanksgiving week once again here at Political Calculations, where our tradition calls for us to put aside everything else we're working on and celebrate the most American of all national holidays for an entire week.

We're kicking off this week's holiday festivities by considering just what "Big Turkey", the conglomeration of the biggest turkey producers in the U.S., are seeking to put in the center of every American dining table on this holiday: a big turkey!

But first, let's see just how many turkeys we're talking about. Drawing upon statistics collected and published by the National Turkey Federation, we put together the following chart showing how many turkeys made it from farm to table in each year from 1989 through 2011: 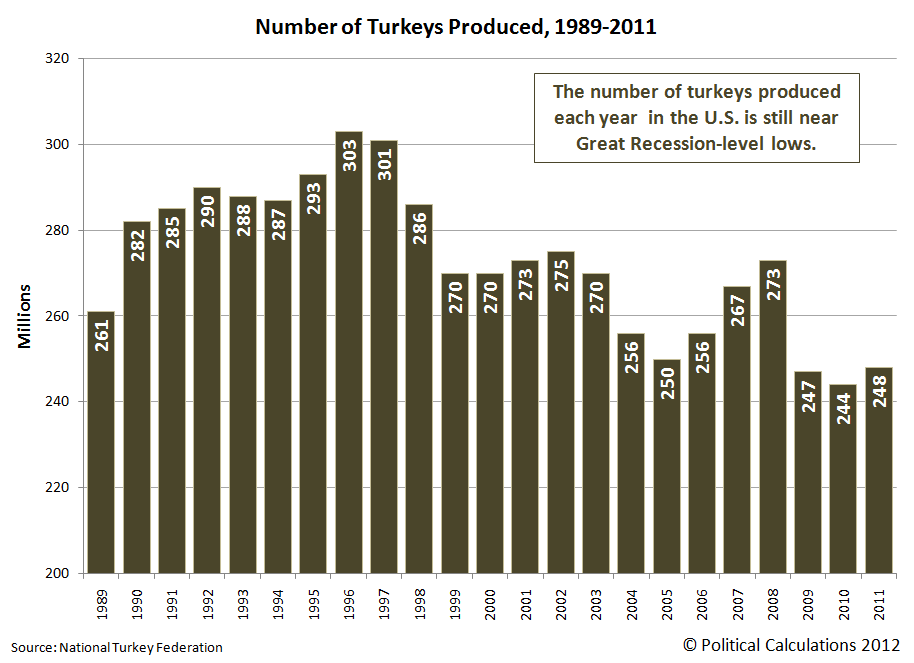 Here, we see after peaking at 303 million birds in 1996, which coincided with the height of the low-fat diet craze, the number of turkeys produced each year fell off to range between 250 million and 275 million through 2008.

You would think then that America's turkey farmers are producing less turkey today than at any time since 1989, the first year for which we have annual turkey production figures.

You would, of course, be wrong. In reality, 2011 marked the fourth-highest year on record for total amount of turkeys to go to the market, as measured by their live weight: 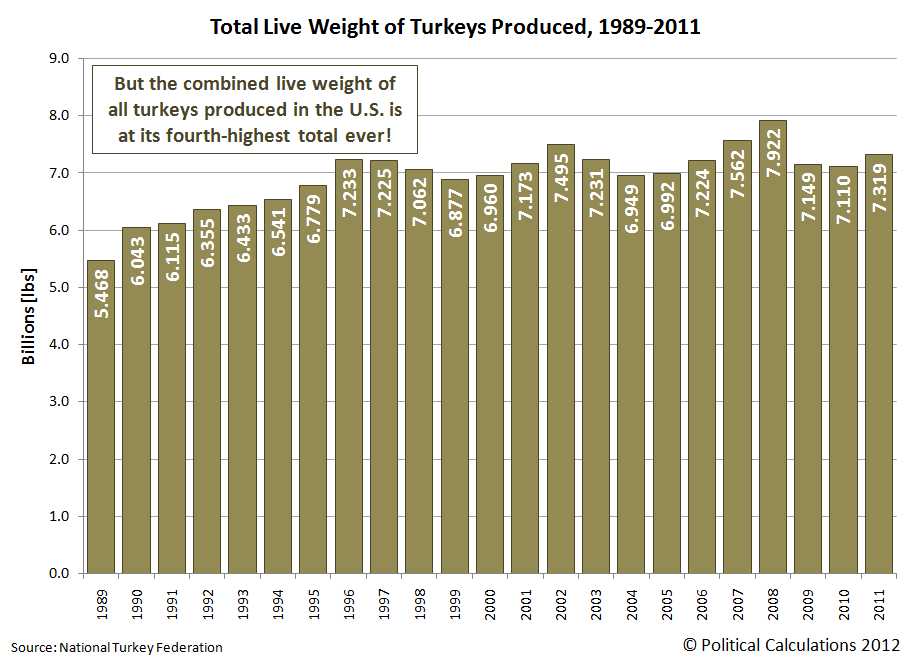 The only way that mathematically works is for the size of turkeys produced in the U.S. to increase pretty dramatically. Doing the math, we find that's exactly what has happened! 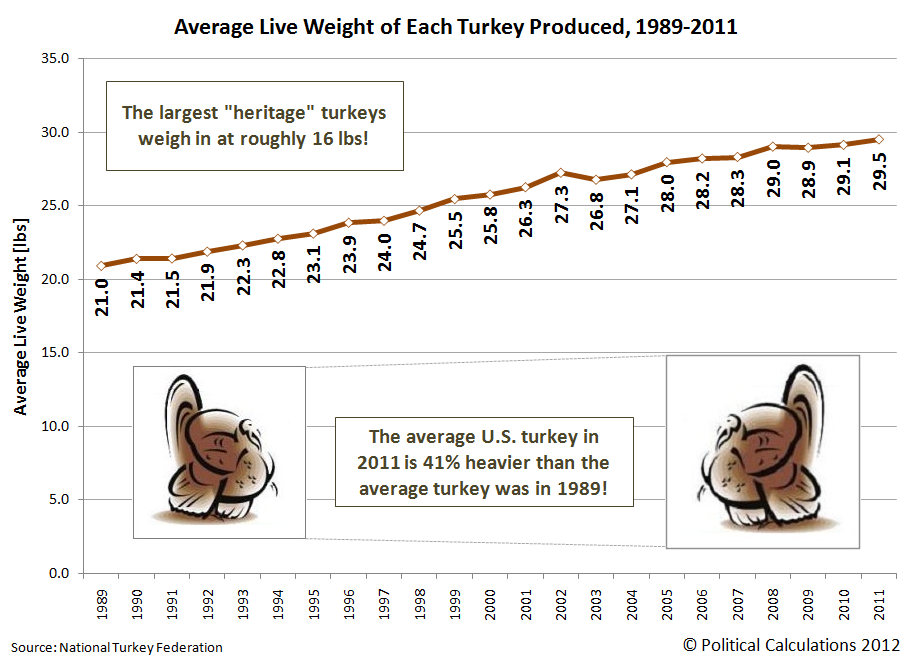 On average, we find that the average live weight of a turkey produced in the United States has risen from 21 pounds per bird in 1989 to reach 29.5 pounds today.

That's a 41% increase in the weight of a live turkey produced for market in the U.S. in the last twenty-three years. To help put that increase in perspective, the largest "heritage" or wild turkeys will weigh in at just 16 pounds per bird.

So that's what "Big Turkey" has been up to over much of the last twenty three years (and longer!) In our next installment, we'll see just how much money "Big Turkey" makes on each one of those birds!