Political Calculations
Unexpectedly Intriguing!
22 February 2013
The Difference Between Being Pro-American and Anti-American at the U.S. Box Office 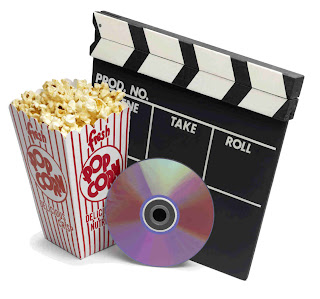 It's not often that we can measure something like pro or anti-American political bias in American movies, but we can today because of a unique experiment conducted by Hollywood!

The reason why is because of the uneven level of quality of most movies, which can make it extremely difficult to make direct comparisons of a characteristic like political bias between them using the measure of how well they do at the box office. For example, one movie in a given genre might have good acting, but suffers from bad writing or poor direction. Another movie might have only okay acting and direction, but features really good writing.

That's often because different movies get made by different people, which introduces a lot of random elements into their production that can affect their quality, which in turn, affects their money-making potential. And then there's the matter of what audience the movie is aimed at - a movie targeted for teens will have a different box office performance than a movie targeted toward a older segment of the movie-going public.

But what happens when you put the same creative team to work behind movies that target the same basic audience demographic in the U.S., but are very different in their pro or anti-American political sentiment?

What happens is that you take out a lot of the randomness that might otherwise make a comparison between the movies produced by the same team invalid. You get a consistency of quality in all the other elements that can affect box office performance that makes it possible to measure just how much having a pro or anti-American political bias can have at the U.S. box office.

Both movies were made by same production team, including the director and screenwriter. Although they feature different actors, the overall quality of acting in The Hurt Locker and Zero Dark Thirty is also consistent, as measured by Academy Award nominations for the lead characters in each film.

Where they differ is in their political bias in how they present their stories, in which the post 9/11 U.S. war against terror is the backdrop. The Hurt Locker suggests that U.S. military servicemen conducting operations against terrorists are psychologically-impaired, irresponsible rogue elements who are dangers to themselves and others. Zero Dark Thirty portrays American spies and secret military operatives as devoted avengers of a horrific act of terror against the United States.

Same quality-level movie, made by the most of the same people, different political bias. Our chart below shows the cumulative U.S. box office receipts as reported by Box Office Mojo for both The Hurt Locker and Zero Dark Thirty against the number of days since release in their original theater runs. We also show the inflation-adjusted box office for The Hurt Locker in terms of constant 2012 U.S. dollars: 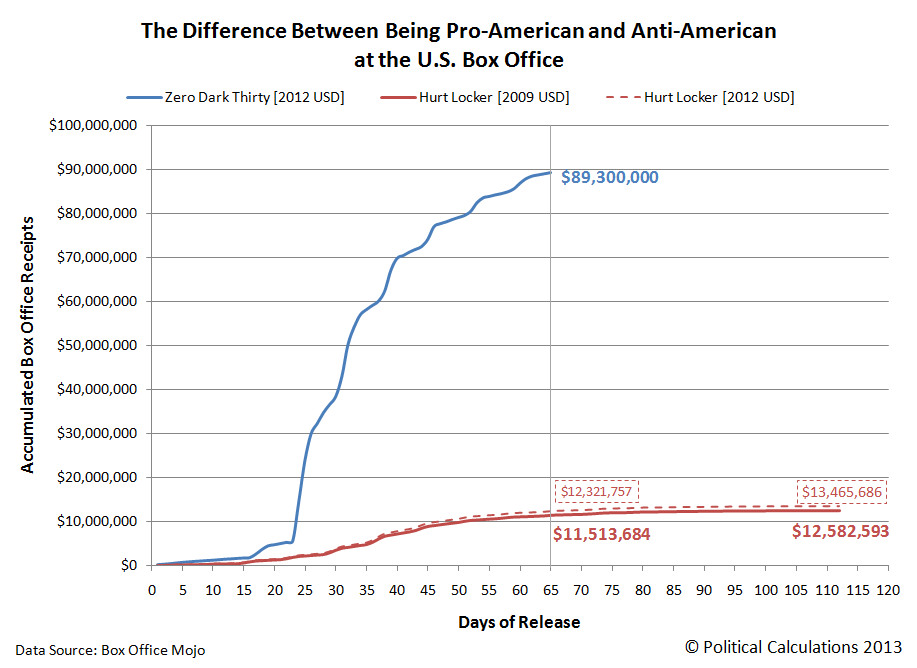 Through their first 65 days of release, Zero Dark Thirty has made over seven times as much in U.S. box office receipts as did The Hurt Locker, with nearly $90 million in receipts just in the United States. That figure then represents the real difference between being pro and anti-American at the U.S. box office.

As for why Hollywood keeps making anti-American movies even though it would appear to cost them so much at the U.S. box office, well, when it comes to America, it seems they have other values....