Starting last year, we began taking snapshots of Standard & Poor's forecasts for where the S&P 500's trailing twelve month earnings per share would be in the future at approximately three-month intervals. Our chart below illustrates how the expected future has changed over time: 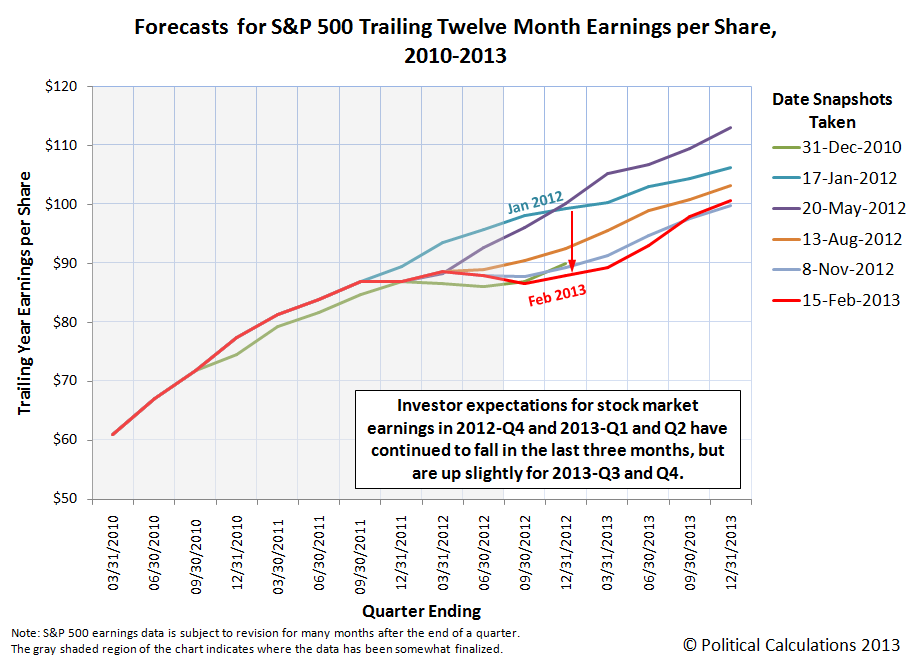 But not all is gloomy, as S&P is now projecting a slight increase over previous expectations for earnings in the third and fourth quarters of 2013.

Still, perhaps the most important take-away from our chart though is how different the earnings expected for 2012 (shown as our snapshot of expected future earnings on 17 January 2012) are from where the level at which they are being finalized (shown as our 15 February 2013 snapshot). Going by the S&P 500's estimated total market capitalization of $9.8 trillion in March 2012, the fall in expected earnings for 2012 from January of that year to the present means that over $80 billion worth of earnings expected in 2012 failed to materialize during the year.

We just wonder if today's snapshot of the expectations for earnings in 2013 is as off-target!

The previous snapshots we've taken of the way the future looked to investors for the S&P 500 at different points of time are presented in reverse chronological order below: