After we had first announced that a new housing bubble had taken root in the U.S. economy beginning in July 2012, we soon followed up with additional analysis that suggested that it had perhaps begun to decelerate to a more sustainable level after December 2012. Recently revised data from the U.S. Census Bureau for the median sale prices of new homes in the United States through March 2013 now confirms that there has been no slowdown in the rapid inflation of new home sale prices observed since July 2012. 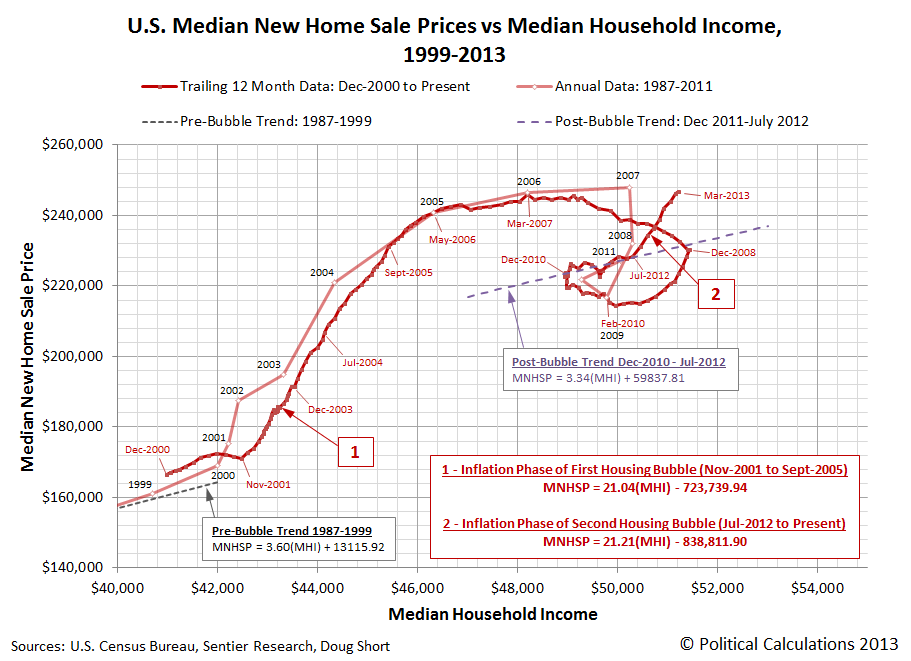 Since 1967, there is only one period of rapid price escalation that even comes close to matching the current trend for median new home prices in the United States: the initial inflation phase of the first U.S. housing bubble, which ran from November 2001 through September 2005 - approximately the time at which the Federal Funds Rate began to converge with the level that would apply if the Federal Reserve had been following the Taylor Rule.

What is more remarkable however is that the trailing twelve-month average of median new home sale prices through February 2013 has now exceeded the peak value set at the height of the inflation phase of the first U.S. housing bubble. The previous record for this figure was set in March 2007 at $245,842. In February 2013, the trailing year average of median new home sale prices is now $246,167 and the preliminary data for March 2013 has it increasing further to $246,767.

These new figures may be subject to revision during the next several months.