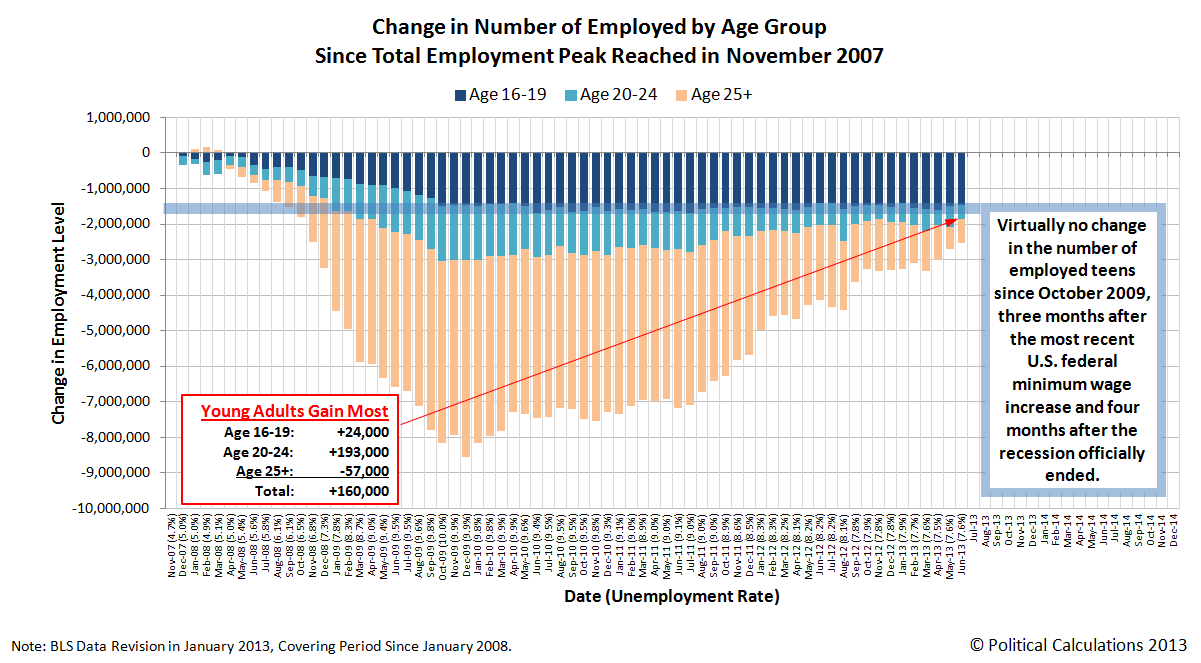 If it helps put the teen employment situation in context, June 2013's seasonally-adjusted increase of 24,000 teens with jobs would, according to the outplacement firm of Challenger, Gray & Christmas, represent the strongest start for teen summer employment in seven years.

To be fair, Challenger, Gray & Christmas' claim would appear to be based on the BLS' non-seasonally adjusted figures, which indicate that some 779,000 U.S. teens found jobs in June 2013. Overall, they claim that 994,000 teens have become employed since the "official" start of the summer jobs season with the Memorial Day holiday weekend in May.

The firm indicates that U.S. teens seeking work will have the best luck in finding summer employment in nontraditional jobs, such as at "trampoline centers, large bowling alleys with arcades, movie theaters offering full-service dining, and pools with water slides".

They also indicate that teens have been competing with older, displaced workers in the economic recovery. What they don't indicate is whether having raised the federal minimum wage by nearly 41% from June 2007 to July 2009 might have negatively affected whether U.S. employers could continue to afford to hire U.S. teens, who represent the least skilled, least educated and least experienced portion of the entire U.S. workforce, at the higher wage levels mandated by the U.S. government or in those states that have set even higher minimum wage levels.

Odd how the seasonally-adjusted total number of employed teenagers just hasn't budged much at all since the U.S. job market absorbed the impact of the last federal minimum wage hike in the months following its implementation, isn't it?