Today, we're presenting a story in a single picture: what would nominal GDP in the U.S. have turned out to be in the face of minor government spending cuts and major tax hikes in the absence of the Federal Reserve's quantitative easing programs of the past year? 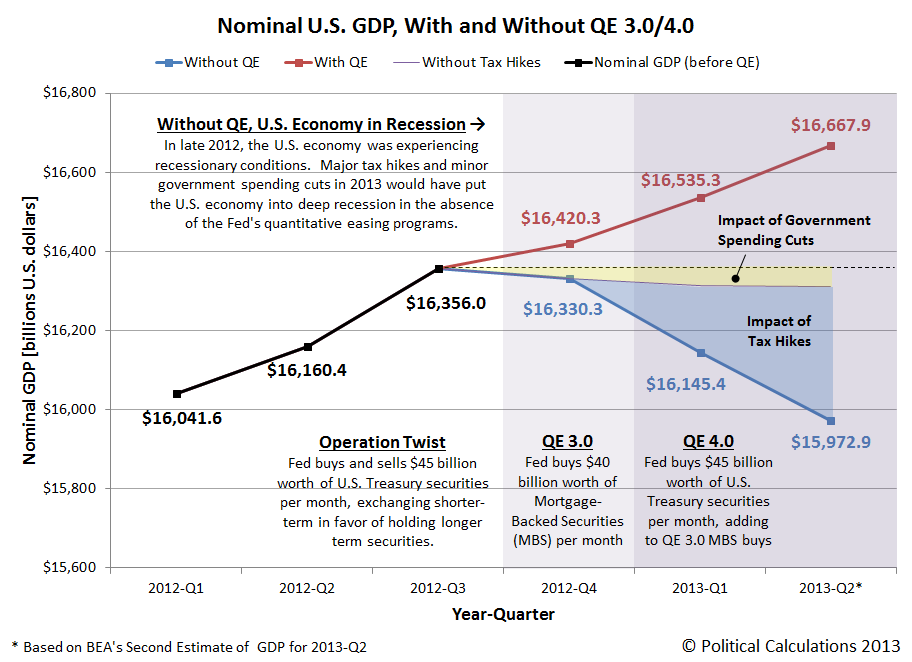 The difference between the nominal GDP that was and the counterfactual of the nominal GDP that otherwise would have been is all due to the Fed's quantitative easing programs, as measured by the cumulative change in total assets held by the Federal Reserve since the end of 2012-Q3. How we measured the relative impact of government spending cuts and tax hikes is explained here and their applicability is explained here.